Printing With Water, Plus the Prettiest Way to Recycle Newspaper Ever 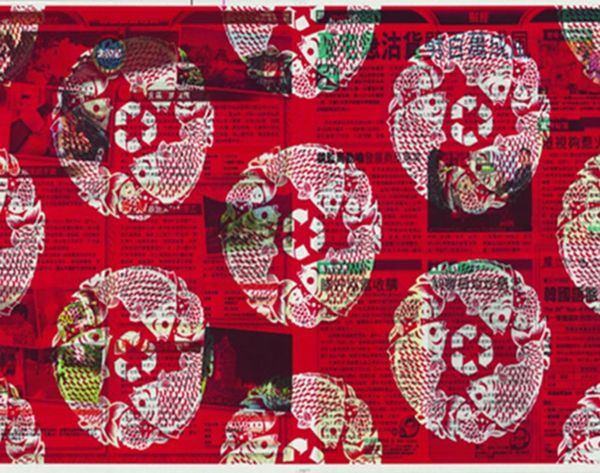 If your heart ever sank while watching a coworker print out a stack of papers only to chuck them moments later (Full disclosure: I used to work for a magazine.) this news will get your hate-to-waste heart beating once again. Chemistry professor Sean Zhang and his team of researchers at Jilin University in China have created a jet printer that uses water instead of ink AND paper that can be printed on at least 50 times. Genius!

Zhang and team use a standard desktop printer and normal ink cartridges filled with water. The water prints out on special paper made with dyes that reveal color type when wet and later fades. The paper could also be used with a water-filled pen, possibly paving the way for a notebook that literally lasts forever.

Although disappearing ink won’t work on all docs, in their post on the printer Txnologist drops a stat that made us gulp: up to 40% of things we print in the office are for one-time use. Yikes. Zhang’s paper and water printer would cut down on costs and consumption for offices around the world and (better yet) the planet.

Down the continent in Hong Kong, advertising agency Saatchi & Saatchi celebrated the Chinese New Year with the coolest recycling pop-up we’ve seen, since, well… Ever!

To combat the 1,600 trees and 170,000 liters of petrol used to make wrapping paper in Hong Kong during Chinese New Year, Saatchi & Saatchi introduced The Instant Newspaper Recycler. The big red box takes old newspapers in and spits them back out as beautiful, silkscreened wrapping paper in 30 seconds. Little recycle icons in the bright prints hope to remind people to think green beyond the New Year.

Hmm, we have 327 days until Christmas — think we can get one of these in every mall across the country by then? And at least at Brit + Co SF for now…

What green initiatives has your office employed? What type of “instant recycler” would you like to see in your city?