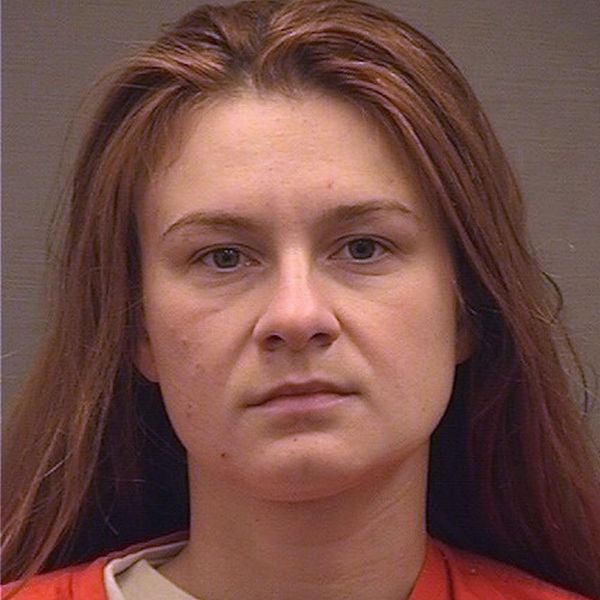 Russian operative Maria Butina pled guilty Thursday to one count of conspiracy, nearly a month after the 30-year-old Butina’s lawyers and prosecutors made a joint filing to the presiding judge in an attempt to reach a plea deal.

Butina was arrested in July on conspiracy charges. Her plea today could give shape to a solid connection between Russia, President Trump, and the 2016 election.

According to Rolling Stone, Russian operatives have been working to infiltrate the NRA for nearly a decade, using financial influence, fawning friendships, and cooperative lobbying schemes to help gain influence within the often maligned gun rights group.

The Russia-NRA connections have become an intricate spider’s web of American lawyers, lobbyists, and business owners mixed with Russian political operatives and oligarchs, but at its center are two men: American lawyer (and Confederate South fanboy) G. Kline Preston IV, and his longtime friend, Alexander Torshin, a former Russian senator and recently retired Russian bank magnate with close ties to Putin and the Kremlin.

It is this friendship between Preston and Torshin that led the latter stateside, where he eventually joined the NRA while still sitting as a senator in his home country. The fact that a pro-Putin politician would be so openly pro-gun could be seen as surprising due to Putin’s known dislike of private gun ownership; Russia experts in the US say that Torshin’s enthusiastic gun interest was, at least in part, a ploy all along.

As part of Butina’s plea, she said that she took direction from a Russian official — a man CNN identifies as Torshin. But it’s not just Preston that the former Russian senator has ties to. Preston introduced then-NRA president David Keene to Torshin in 2011. Keene happens to be a well-known domestic and foreign lobbyist. According to the Center for Responsive Politics website OpenSecrets.org, Keene and Republican politico — and romantic partner of Maria Butina — Paul Erickson and current NRA president Jack Abramov banded together in the 1990s to lobby for the entry of Congolese military dictator Mobutu Sese Seko into the US.

Butina’s guilty plea this week may now, also, implicate Paul Erickson, though Reuters reports that he has not yet been charged of wrongdoing.

Russian President Vladimir Putin said recently that his government agency actually doesn’t have Butina on record as one of its global operatives, reinforcing the Russian narrative that the US’s democracy is a lie. “She risks 15 years in jail. For what?” Putin asked at a government event Tuesday. “I asked all the heads of our intelligence services what is going on. Nobody knows anything about her.”

But whether or not certain Russian officials knew Butina or used her to help infiltrate the NRA is beside the point — every member of Putin’s inner circle, including men like Torshin, acts in accordance with the Russian leader’s direction. And with Special Counsel Robert Mueller’s investigation into Russia’s involvement in campaign meddling, Butina’s testimony could provide some insight into the precise nature of the connection between Russia, the NRA, and the 2016 US presidential campaign.

In 2016, the NRA raised an unprecedented $30 million dollars — funds they used to help get Donald Trump elected to office. The fundraising, the organization’s ties to Russia, and just how much American insiders knew about the growing list of potential background deals is yet to be determined, but Mueller’s investigation may answer those questions (at least in part) and uncover even more. But for the full scope of just who, what, where and when, we’ll have to wait for the Mueller report.