What to Watch If You Like Santa Clarita Diet 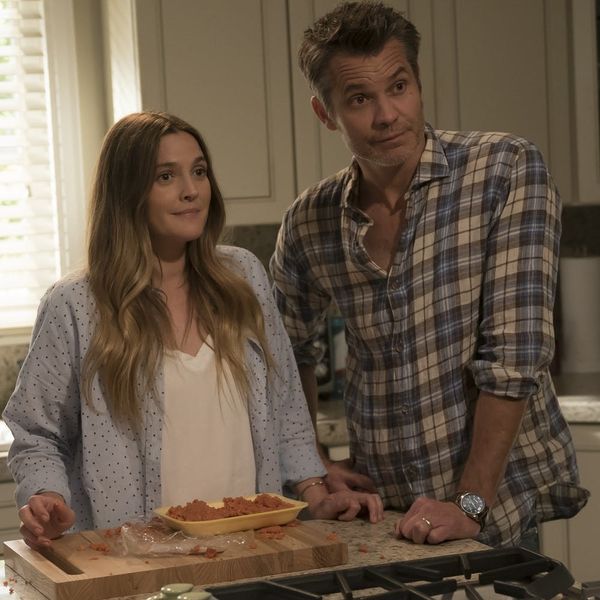 Santa Clarita Diet has everything you could ever want from a comedy-horror TV show. Blood, gore, sex, nosy neighbors, and murder. (Did you know Drew Barrymore had a brush with death herself when she got a concussion during filming — but don’t worry; she’s okay!) As you’re anxiously awaiting the second season (it hasn’t been confirmed yet, but how could it not be?!), here’s what you can watch to get your horror/dark comedy fix.

Chanel and her minions will have you laughing and quivering in fear as they try to survive sorority life… literally. Even with Dean Munsch breathing down their necks and a serial killer dressed as the school mascot on the loose, their priorities lie elsewhere; they have to deal with murders of their own. Watch it on Hulu. (Photo via Fox)

We all know what happened at the Bates Motel in Psycho, but what were the events leading up to all that? Bates Motel aims to clear the air for us with a show that is at once an homage to the original movie and a gripping story in its own right. It’s perfect for murder mystery lovers and those of us who can’t get enough of the classics. As Norman Bates’s struggles with his mental illness increase, Norma struggles to protect her son from himself before he commits the atrocities we know are inevitable. Watch it on Netflix. (Photo via A&E)

You’ve never seen the zombie theme done like this. Liv Moore is your average super-smart med student with a fiancé and a plan. That is, until she gets turned into a zombie. Go figure. She makes it work without having to murder anyone though, because she works in a morgue and eats the brains from the autopsies. Her boss Ravi guesses her secret and quickly becomes her best friend while trying to figure out how to cure her. Laugh as Liv takes on the personalities of the people whose brains she eats, and cry at the weight of the secrets she has to keep. Watch it on Netflix. (Photo via The CW)

American Horror Story is great for fans of any horror subgenre, because it’s got em all: paranormal shenanigans, terrifying asylums, murderous witches, you name it. Each season is its own miniseries, and the show has been widely praised. Not to mention it’s starred Lady Gaga. Nuff said. You’ll get tons of nightmare fodder too, because the show was just renewed for seasons eight and nine. Watch it on Netflix. (Photo via FX)

Shea Lignitz
Shea can be found in the nearest bookstore or brewery, exploring the great outdoors, or blasting Led Zeppelin. She grew up in the cold and rain of Northern California's redwoods but is currently wandering around Texas.
Netflix
TV
Netflix Streaming