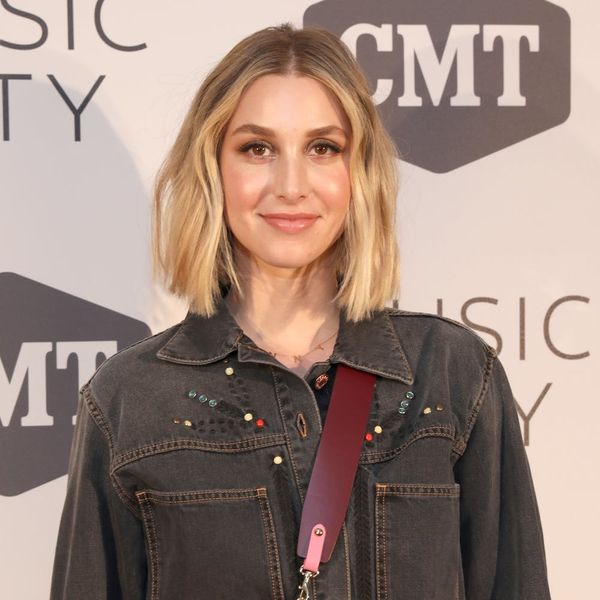 MTV’s upcoming reboot of The Hills just nabbed another one of the show’s original stars! Whitney Port confirmed on Tuesday, August 21, that she’ll be joining her former castmates for new adventures on The Hills: New Beginnings.

“Throwback to my first VMAs look,” Port captioned an Instagram photo of herself in a sleek, sequined, little black dress. Then, the fashion designer let her followers in on the good news. “Good thing I get to go back and make up for my insane looks on #thehills on the NEW HILLS REBOOT!!!”

Port also joked that maybe the show would let her “out of the fashion closet this time.”

MTV revealed the reboot of its hit reality show during the 2018 VMAs on Monday night. Appearing for the announcement were original cast members Spencer Pratt and Heidi Montag (along with their son Gunner), Audrina Patridge, Jason Wahler, Frankie Delgado, and Justin “Justin Bobby” Brescia. The full cast of the reboot hasn’t been confirmed, but Deadline reported that New Beginnings will feature old favorites, new stars, and even some of the cast’s children. We see you, Gunner!

So far, it doesn’t appear as though The Hills’ original leading lady, Lauren Conrad, will return for the reboot. And People reported that Kristin Cavallari, who appeared with Conrad on Laguna Beach and took over as the star of The Hills for its last season, is also opting out due to her current show on E!. The Hollywood Reporter says that Brody Jenner is in negotiations to return, though.

The Hills: New Beginnings doesn’t have a release date just yet but is said to be “coming soon.”

Are you going to watch The Hills reboot? Let us know @BritandCo.