MTV Announced a Reboot of ‘The Hills’ During the 2018 VMAs 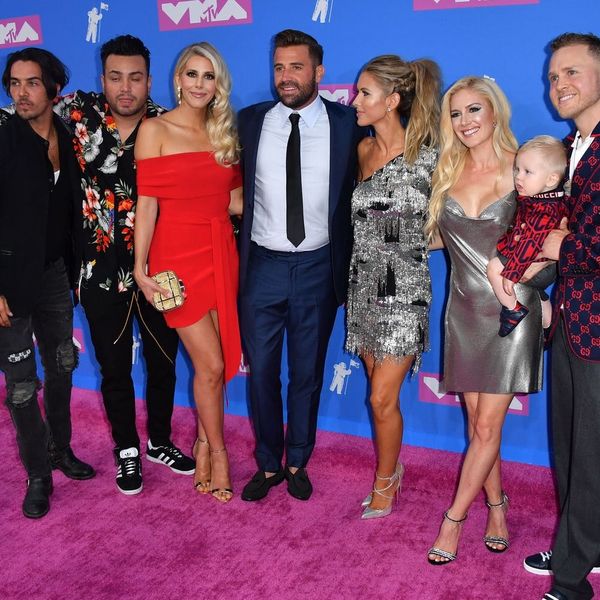 Get ready to head back to LA for new reality TV drama with old friends. Several cast members from The Hills reunited at the 2018 MTV VMAs on Monday, August 20, to help debut the trailer for the network’s upcoming reboot of the show, The Hills: New Beginnings.

MTV didn’t say which cast members would be returning for the new show, but Patridge, Montag, Pratt, Jason Wahler, Frankie Delgado, and Justin Brescia (AKA “Justin Bobby”) were all at the VMAs on Monday. People reports that Cavallari, who has her own show with E!, will not take part.

According to Deadline, New Beginnings will include returning favorites, new stars, and even some of the cast’s children. The Pratts brought baby Gunner with them to the VMAs, so we’re guessing he’ll be making at least a few appearances.

Rumors surrounding a possible reboot or reunion of The Hills have been buzzing for years. Conrad hosted a Hills reunion special in 2016, but several cast members have said since then that they’d be open to another project.

Last February, Port spoke about the possibility of a return to MTV, telling Entertainment Tonight, “I’m down to get back together with everybody. I feel like it would so have to depend on what it was. I don’t think anybody wants to see us sit down and fake drama, but I think it would be fun to see where we’re all at.”

She continued, “I think a lot of us have babies now, we’re in the same position, and it’d be nice to just reconnect. Honestly, they were such a big part of my life. I have The Hills to thank for so much of where I’m at in my career, and I feel like it would just be so… rude to pretend like that whole thing didn’t happen.”

The Hills: New Beginnings will premiere sometime in 2019.

Are you excited for The Hills: New Beginnings? Tweet us @BritandCo.

Desiree O
Desirée O is a ‘Professional Bohemian’ who loves anything and everything related to the arts, entertainment, and pop culture. She ADORES being a ‘Newsy’ for Brit + Co, covering all of the latest tidbits of awesomeness that you want to read about. When she’s not writing, she’s either making messy art, going on long adventurous walks with her camera, or poking around over at bohemianizm (http://www.bohemianizm.com/). You can find out about Desirée O and her work at http://DesireeO.com/ or follow her on Twitter @DesireeO.
Nostalgia
TV
Nostalgia TV VMAs