9 People You Need to Invite to Your Baby Shower 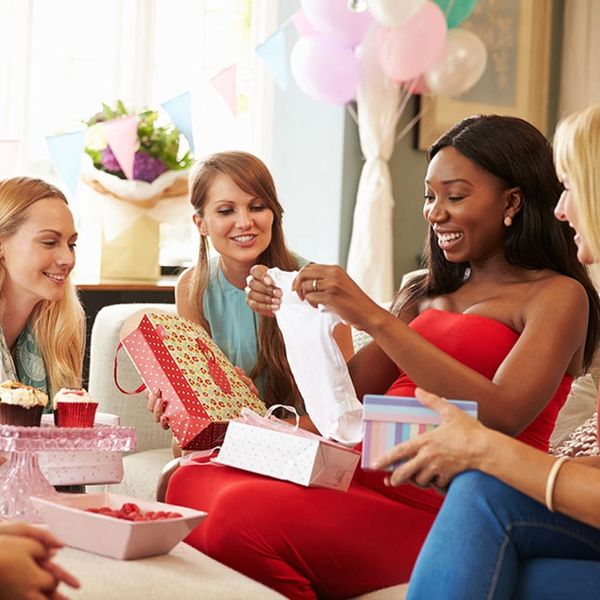 The guest list is set. Or is it? Your baby shower is weeks away and you’re still not 100 percent sure who to invite. There are the obvious asks, such as your sister and your own mother. But that still leaves plenty of spaces to fill. Before you start sending out invites, check out the friends, relatives, and others who need to be on your baby shower guest list.

1. Your Mother-in-Law: Even if she lives across the country, you need to invite your mother-in-law. She’s about to become a grandmother and deserves to take part in this special event. Don’t stress if you have a strained relationship — after all, you did kind of take her baby away when you partnered up with your S.O. The olive branch you’ll be offering with an invitation just might smooth things over.

2. Your Father-in-Law (FIL): Plenty of mamas-to-be are ditching the ladies-only standard and inviting the guys. If this is you, don’t exclude your father-in-law from the guest list — and of course, invite your own dad too!

3. Your Neighbor: She’s not exactly your BFF, but she has invited you over at least a few times, and you enjoy her company. You don’t need to invite absolutely every acquaintance, but this one is an exception. Chances are she’ll see you toting your bounty of baby gifts from the car into your house. And when she does, she’ll wonder why she didn’t score an invite to your shower.

4. Your Cubicle Mate: Reserve a spot at your shower for that coworker you love to catch up with every morning or go on your afternoon coffee run with. Like your neighbor, they’re probably going to find out about your party, whether it’s from the pics you post on Facebook or when they overhear you talking about what you did that weekend. And again, like your neighbor, they’ll feel totally left out. This can make the workplace, and your workday, strained in a way that will have you counting down the days until your maternity leave.

5. Your Close Friend: Maybe you wouldn’t call her your bestie, but you do consider her a “good” friend. She isn’t the one who’s throwing the shower and she probably wasn’t the maid of honor if you had a wedding — but she is someone you see often and whom you called (or at least texted) when you found out that you were expecting.

6. Your Best Guy Pal: Like your FIL, your best guy friend is a must-add to the list if you’re having a co-ed shower. He’s not your baby daddy’s buddy and he may not even be part of the “couple friends” the two of you have, but your S.O. is completely okay with him being part of your life now and in the future.

7. Your Cousin: This doesn’t literally have to be your cousin. It can be any other close family member that your mother would scold you in an ALL CAPS text for not inviting. Don’t start a family feud by excluding your third cousin or great aunt. Not inviting these people may make for more than a few awkward moments at family reunions, weddings, and other gatherings that include EVERYONE.

8. Your Mother’s BFF: This is also a special day for your own mother; even though you’re the one who’s having the baby, she’s probably reveling in becoming a grandma. Inviting someone who’s close to her can make your mom feel like you’re celebrating her as well. Plus it’s pretty likely that you’ve known her best friend for a while and she’s been a big part of your life too.

9. Your Child: This is (obviously) for second-time mamas only. Adding a new baby to the family is exciting, but anxiety-producing, for some young children. Including your firstborn in all the events leading up to the birth is important to make them feel more comfortable with the changes that are to come.

Who are you inviting to your shower? Let us know @BritandCo!

Erica Loop
Erica Loop is a freelance writer living in Pittsburgh. When she's not busy creating kids' activities for her blog Mini Monets and Mommies, you can find her trying to hang out with her teenage son, being chased by her two Olde Boston Bulldogs or teaching a children's karate class (she's a third degree black belt!).
Baby
Pregnancy
Baby Baby Shower Party Ideas
More From Pregnancy