Whoa! This Band Turns Any Watch into a Smartwatch 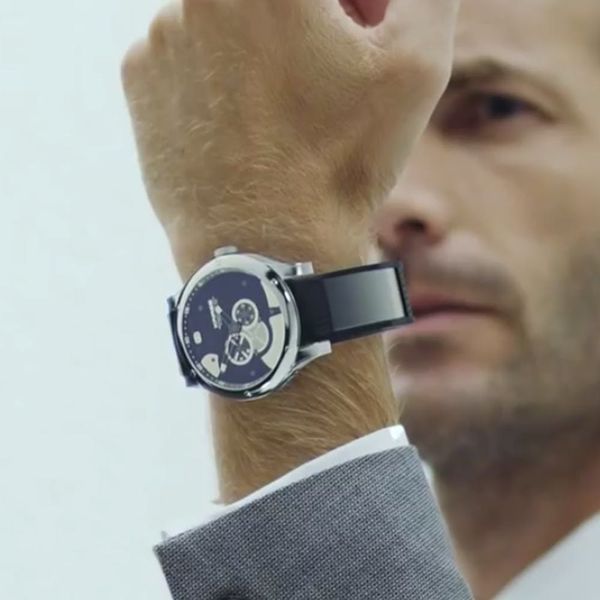 We’re over here waiting on pins and needles for the upcoming Apple Watch, but to be honest, we’ve kind of grown attached to our current timepieces. You know, the ones with hands that go around in circles. Of course we like the idea of running our lives from our wrists and upping our wearable game, but there’s something kinda nice about the simplicity of one of the very first wearables that we’ve come to know and love — the analog watch. Thankfully, we don’t have to say goodbye to it just yet and we can still give it some rad tech functions to ease us right into the wearable world.

Meet the Kairos T-Band. It’s a band designed to work with any analog watch. It brings all of your favorite fancy wearable tech functions right to the band, leaving your favorite watch face to tick away as always.

There’s a ton you can do with the Kairos T-Band.

Get Notifications: Get alerted about new texts, emails, incoming calls and more. For messages, the T-band will show you what the message says and who sent it. You can also enable the band to receive push notifications from your favorite apps — including Google maps. Score.

Use It As a Remote: Seriously? Yes, seriously. You can use your T-band to control your smartphone or tablet which means you can use it to snap a group picture from far away, start and stop your music, send pre-set texts and even start your car.

Track Your Fitness: Kairos collaborated with the team at Misfit for the fitness functions in the band so you know they’re going to be rad. Without having to buy a whole separate fitness wearable, you can track your steps, calories and sleep. One version of the band will even have the capability to track your health data with a GSR (galvanic skin response) sensor. The band will connect with fitness apps on your phone too.

It looks like the Kairos T-Band won’t be released until at least later this year (ugh, seriously?), but when it is, there will be three different models. One with a little LED indicator light, one with a letters/numbers only digital display, and one with a full color display like what you see on your smartphone. Both screen options will be enabled with touch sensors too. Battery life is two to three days on all of them. You can pre-order yours now.

What do you think of adding new tech to your old tech? Let us know in the comments!