This Is When Fighting Over Text Can Actually Help Your Relationship 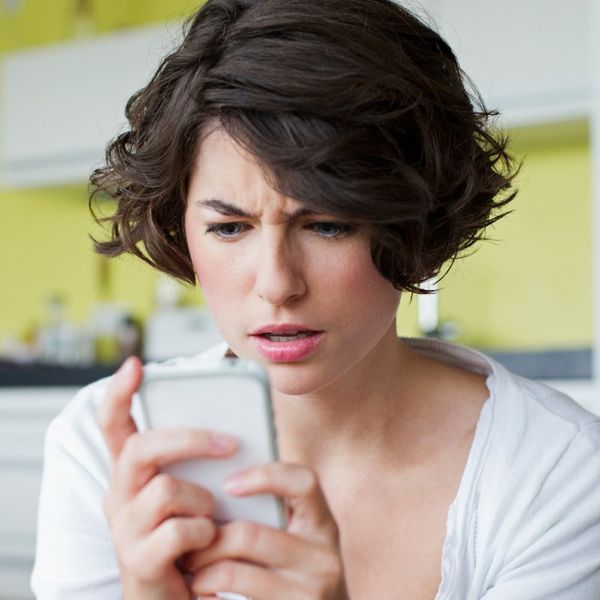 Texting is our go-to form of communication when it comes to forwarding screenshots of Miley Cyrus’s adorable ode to Liam Hemsworth, blasting the Game of Thrones season eight air date to our group text, and fantasizing about our next mini-moon with bae. It’s not, however, our first pick when it comes to fighting. Texting and other modern forms of written communication like email and instant messaging have long been knocked as unproductive means for engaging in disagreements. Although this is often true, it turns out there are certain scenarios in which fighting via text message is acceptable… and perhaps even beneficial. We spoke with relationship experts Trish McDermott from Meetopolis and Jenna Birch from Plum Dating about whether texting always deserves its not-so-great rep.

No one should be too surprised that there are negatives to arguing via text message. The main one: its inherent inability to provide necessary context. “You don’t get to see your partner’s nonverbal cues, the tone can be read incorrectly, and you can’t get physically closer as you reach a resolution and get emotionally closer,” Birch explains. “You’re in a heated exchange, but it lacks intimacy or humanity that can actually turn conflict into growth as a couple.”

McDermott concurs. “It’s generally not a great idea to argue, especially about significant issues, via text, largely because you miss too much information about tone, volume, facial expressions, eye contact, body language, and even tears — or laughter. At best, you’re only getting words, occasional punctuation, and an emoji or two — probably half the information you need to really hear and understand your partner’s perspective.”

It’s important to consider, though, that the words you’re getting from your partner during a disagreement over text can be a lot more carefully (and compassionately) chosen based on the nature of the platform. “You get to say exactly what you want to say, no more,” Birch states. “Sometimes, when we fight with a partner, we say things off the cuff that we later regret. With text, you have a little more time to stop yourself and filter. You can craft your message precisely if you choose to engage in a disagreement over text.”

Even if you’re not a person to wait until you’ve cooled off to send a text during a heated conversation, you can still use the text exchange as a teachable moment after the fact. “My experience is that love isn’t only blind but can be deaf as well,” shares McDermott. “Sometimes we don’t hear ourselves in terms of how we communicate with the person we love when we’re arguing, nor do we fully grasp all that our significant other may be saying during particularly heated moments. Text arguments memorialize whether or not you are playing fair, listening as much as you are talking, seeking solutions, and acting with kindness.”

Although there are some opportunities for increased thoughtfulness, empathy, and growth by fighting via text, certain topics should remain entirely off limits unless you and your S.O. are face-to-face. “Think of your relationship in terms of the details of day-to-day life and then the big-picture stuff; any big-picture stuff — marriage, sex, kids, family, etc. — should be handled in person,” Birch cautions. “If you’re disagreeing via text over what movie to see or what takeout to get, it’s not ideal, but that’s also life. Life is not ideal and convenient all the time. Text is okay. Forgive yourself.”

Despite acknowledging these upsides, Birch and McDermott both admit they’re proponents of engaging in disagreements in person. When that’s not an option, Birch reminds us that we have technology that can help us with that: FaceTime and other video chat apps.

How often do you find yourself feuding over the phone? Let us know @BritandCo.

Annamarie Higley
Annamarie is a Californian who's been plopped in the middle of Missouri for her undergraduate studies in magazine journalism. She's a hiker, an eater, a lover of words. In her opinion, nothing beats a well-made breakfast sammy or a well-crafted sentence.
Adulting
Relationships
Adulting Dating Love Marriage Relationship Advice
More From Relationships