Why Is This ‘Liberal Feminist’ Lawyer Sticking Up for Brett Kavanaugh? 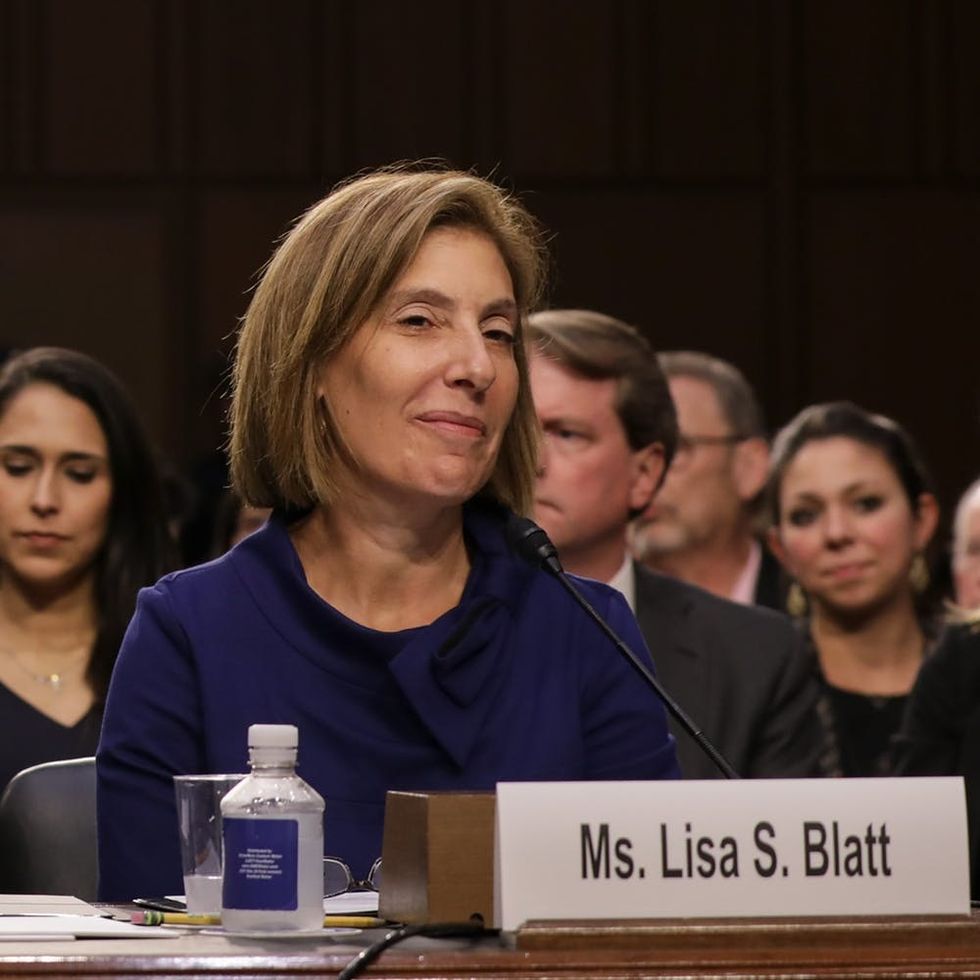 Supreme Court confirmation hearings for judge Brett Kavanaugh began yesterday, and featured a flurry of concerned statements and questions from Democratic senators. Amid shouts from protesters in the chamber and scorn from Democrats, a successful lawyer who calls herself a liberal and a feminist spoke up on Kavanaugh’s behalf, arguing that he’s a great man for the job.

Lisa Blatt, a partner at the international law firm Arnold & Porter Kaye Scholer LLP, has argued more cases in front of the Supreme Court than any other woman, and used to clerk for Justice Ruth Bader Ginsburg (who Blatt described Tuesday as “my hero”). These are both credentials Blatt has been quick to point out in a recent string of comments in support of Kavanaugh, who she portrays as her kindhearted mentor despite his anti-choice record and her self-professed feminism.

In testimony before the Senate Judiciary Committee yesterday, Blatt expressed that Kavanaugh is a nice guy who, like Ginsburg, has hired a lot of women to work with him. The seasoned “feminist” lawyer emphasized that there’s not a better pick for SCOTUS than Kavanaugh at this time, and asked the Committee “to treat him as we expect him to treat litigants who appear before him: on his own merits and with an open mind toward someone whose views may differ from our own.”

Blatt avoided discussing anything that has to do with Kavanaugh’s very conservative record on all manner of issues that most feminists find important, including abortion, immigration, voting rights, and labor rights. Hmm.

One of the most pressing issues that is certain to come before the SCOTUS in the coming years is abortion, a medical treatment Blatt says she supports. Blatt even has a teen daughter, who she invoked as evidence that she cares about abortion in an op-ed for Politico praising Kavanaugh last month.

“I have no insight into his views on Roe v. Wade—something extremely important to me as a liberal, female Democrat and mother of a teenage girl,” wrote Blatt. “But whatever he decides on Roe, I know it will be because he believes the Constitution requires that result.”

Firstly, Blatt could probably garner some insight from the fact that Kavanaugh recently voted against granting an abortion to an undocumented, detained teen girl. That move gives at least a hint as to how he decides on issues of reproductive rights.

Blatt and her teenage daughter will likely be fine without ready access to safe and legal abortion if Roe is overturned, or further undermined, because of Kavanaugh’s influence. The average partner at a law firm like Blatt’s makes around $200,000 a year. Blatt’s level of wealth and power is just not the case for those who will be most impacted by Kavanaugh’s opinions.

A feminist endorsing an anti-abortion nominee for a lifetime appointment to the most powerful court in the country does in fact seem like a bit of a contradiction. However, things may be better explained after a look at the law firm where Blatt works.

“The answer is simple,” writes journalist Mark Joseph Sterns for Slate. “Blatt works at Arnold and Porter, an elite law firm that often represents wealthy corporations.” And it’s true. While the firm also has a considerable budget for pro bono work, as Sterns adds, the big bucks come in from other areas. The real money-makers for the company come from less savory endeavors, like defending BP after the Deepwater Horizon oil spill in 2010.

Blatt herself has defended massive corporations who profit while causing serious harm. According to the liberal feminist’s bio on the Arnold & Porter website, she “Most recently… represented the Washington Redskins in the long-running dispute with the government of the Team’s trademarks.” The “long-running dispute” in question is one that involves Indigenous people suing the company because its name is a racial slur. Slate notes that Blatt also defended the tobacco giant Philip Morris, and got a $10 billion verdict against the company overturned in a suit over advertising for “light” cigarettes. It stands to reason that Kavanaugh’s record of backing big business interests would make him an attractive ally.

So while Blatt claims she shares the same values as your typical feminist, Democrat voter, her work reveals that perhaps she doesn’t hold some of those beliefs as strongly as others. Kavanaugh’s record of conservative decisions that hurt women and girls, immigrants, and workers makes it clear where he stands, which is not a place any feminist would feel in good company.

Elizabeth King
Elizabeth King is a politics, history, and culture writer based in the Twin Cities. She is generally pretty cranky but still enjoys traveling, music from the early 2000's, and plotting the resistance. Feel free to say hi on Twitter at @ekingc or check out some of her work at www.elizabethcking.com.
Controversy
Politics
ControversyPolitics