Why People Are Furious About Jennifer Lawrence’s New Movie 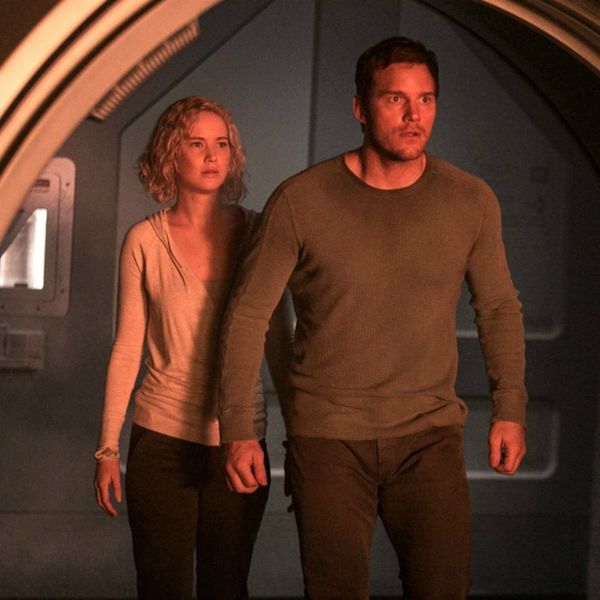 December is always ripe with end-of-year movies hoping to get their foot in the door before awards season takes hold. Usually, the talk is of which Oscar-worthy performances we should consider checking out over the holidays, but this year, all eyes are on Jennifer Lawrence and Chris Pratt‘s big budget space movie Passengers. Unfortunately for the pair, news isn’t great. First, Lawrence got raked through the coals for her awful story about filming in Hawaii, and now, people are talking about the movie and its stars because of the terrible plot twist making this movie a must-not-see for us. Warning, there will be spoilers below.

The trailer for the movie makes it seem like something (possibly evil) is at play when their characters get woken up from cryogenic sleep 90 years too early in this space thriller. And while that feeling isn’t entirely wrong, it’s not a nefarious robot or space monster lurking behind the scenes but Chris Pratt himself, who decides after he gets accidentally woken up that his obsession with sleeping beauty Lawrence means that he deserves to have her as his companion in space.

Gross, right? The movie is basically a stalker tricking his prey, and some people can’t help but point out that this plot device is… well, kind of unsettling.

Why is the plot for Passengers so gross?? Really sad they had to spoil a cool setting with a gross male fantasy romance plot 😠

So apparently Passengers is just a bad romance movie that totally downplays stalking and gaslighting instead of being Shining IN SPACE. Lame

What’s scary, though, is that not one single person involved in the movie even thinks that there’s anything wrong with the plot device of having the male lead secretly stalk and then trick the object of his desire into being with him, trapped, for the rest of her life. Pratt himself calls the movie “beautiful.”

I'm so proud of this movie. It's beautiful, moving, original, entertaining, controversial and you see my butt. What else can you ask for? https://t.co/k1ODQlSEqD

Maybe one day Hollywood will stop making blockbusters where women are regularly abused and used by their male costars while passing it off as romance. Until then, many women filmgoers may just opt to see a kick-ass female lead saving the day (like in Rogue One: A Star Wars Story) instead.

What is the worst bait-and-switch you’ve seen from a Hollywood movie? Tell us @BritandCo!