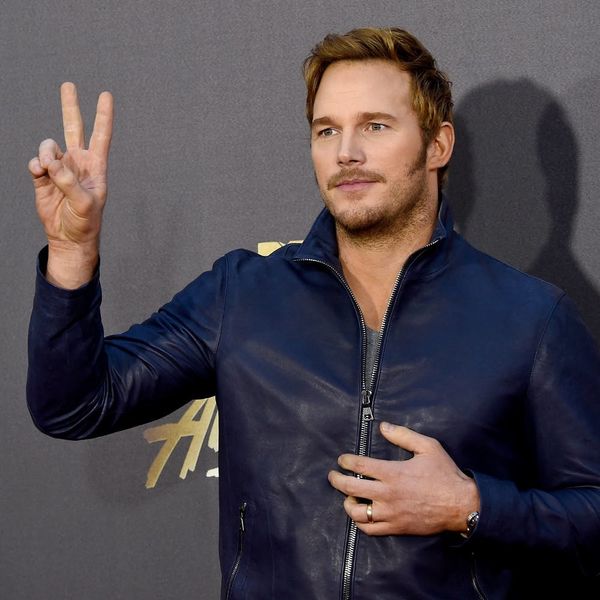 There are so many reasons to adore Chris Pratt: The fact that he’s both hilarious and adorable, or that he’s wildly in love with his wife, Anna Faris, or that he’s the cutest dad ever are just a few. But now, Jennifer Lawrence has given us one more. While co-starring in the upcoming sci-fi film Passengers, the duo engaged in some seriously sexy scenes. Sex scenes are normally kinda awkward for actors to film, and Jennifer recently revealed how Chris Pratt helped her get through the awkwardness.

In a chat with E!, Jennifer said that filming the steamy scenes “was just nerve-racking,” and added that she was filled with anxiety because during those scenes, actors are watched by “everyone you work with — all of the cameramen, all the producers and the director.” And although it sounds more than a little daunting, JLaw made sure to note that Chris Pratt was “so wonderful and lovely. My nerves weren’t about him.”

So how did Chris manage to make sure a weirdo sitch was manageable? By being an A+ pro and making her feel super comfortable, even with everyone watching. “We’re actors and it’s a big a part of the job,” Pratt said while addressing the issue at this year’s Comic-Con (sporting a HOT new beard). “Your job as a leading man is to make the actress feel comfortable and you do that by minimizing the amount of people that are there and… having a sense of whether or not they’re feeling okay.”

Seriously, though, could Chris Pratt be any more crush-worthy?! Nope.

Does this sex scene sensitivity make you crush on Chris Pratt even harder? Tweet us @BritandCo!