Why “You Look So Thin” Isn’t a Compliment 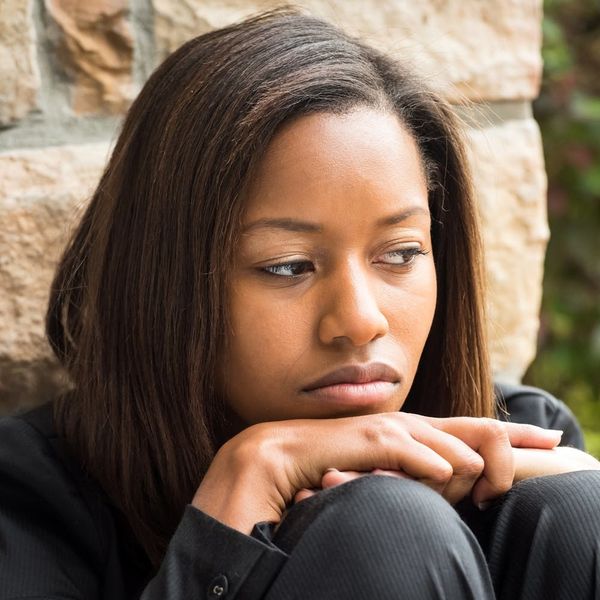 One year ago, I was in an entirely different place mentally and physically. I had recently given birth and going from a size six to a size “large” in maternity clothes had been hard for me to cope with. 12 months and a plethora of sizes later, I know there are many things more important than the numbers on the scale.

But a year ago, I was in a body that felt foreign to me. Pre-pregnancy, I had always been naturally fit — curvy, but still petite. I’d been blessed with an extremely high metabolism and had always eaten what I wanted but maintained a consistent weight. I had no issues loving my body because I was used to it being a certain shape and size, and it was easy for me to associate that shape and size with health.

I expected some level of weight inconsistency once my partner and I found out we were pregnant, but I was excited to share my body with the baby growing inside. However, during pregnancy, things changed.

“Wow, your boobs are huge!” said a friend of mine upon seeing my baby shower pictures. As others began remarking on how large I’d become in general, I started to feel self-conscious. Suddenly, everyone had an opinion about my weight, and I began to wonder if my pregnancy weight gain was somehow different from the norm.

Sure enough, a routine prenatal appointment would reveal that I had gained 20 pounds in my first trimester. It wasn’t long before my doctor and family became concerned. It had finally hit me that the body I had was not my usual body. I didn’t understand why I was gaining weight so much quicker than “normal.” And just like that, I began hating everything about the way I looked.

Determined to avoid pregnancy-related health conditions that might put myself and my baby at risk, I began limiting how much I ate each day. Miserable, I would avoid food to prevent further scolding from my doctor. After cutting down the amount of food I had daily, I made the decision to see a nutritionist.

When I informed the nutritionist of my pre-pregnancy weight, she made no effort to hide her disgust. I felt ashamed of myself and my body, and I explained that I was there to save my health. But when she checked out my vitals, she realized that despite my weight gain, everything seemed healthy. It became evident that my risk for potential weight-related complications was nearly nonexistent. And then the nutritionist told me what I was really at risk for: long-term body changes.

“If you keep gaining weight, it will be too difficult for you to return to your pre-pregnancy size,” she explained. I was livid. I was in a constant state of hunger and depression because I was told my health was in jeopardy, when the entire time, all the body-shaming I’d been receiving from my doctor was about fat, not fitness.

But that didn’t stop the fear from kicking in, anyway: What if I didn’t go back to “normal?”

By the last two weeks of my pregnancy, I had gained nearly 70 pounds despite my daily walks around the office and my modified eating habits. I needed a plan to avoid carrying this weight forever.

From the day I gave birth, I became obsessed. “Surely they aren’t correct in saying I could never get back to my old size,” I thought to myself. But that would be the least of my worries.

Breastfeeding was a struggle. My son didn’t learn to latch until he was nearly a month old, and I was constantly in a state of fear he didn’t have enough food. Between the normal new mom anxiety and my fears connected to my son’s health issues and pumping milk, I was a wreck.

I was also determined to prove my doctors wrong and return to my pre-pregnancy weight. It helped that I was so stressed from trying to figure out my new sleep schedule that I didn’t make time to eat. I was lucky if I had a full meal and a snack in one day.

“You look so thin,” people around me would gush, ooh-ing and aah-ing over my rapid weight loss. They meant it as a compliment. They had no idea what it was costing me.

Instead of resting to conserve my energy, I continued on the path to self-destruction. From six weeks postpartum to about 10 weeks, I would accompany my friend to the gym six days a week. It didn’t take long before I was exhausted.

In the beginning, I saw it as a good thing — I had lots of fat to spare and missing a few meals wouldn’t hurt anything. Many of the people who had been critical of my weight gain congratulated me on losing weight so quickly. I was excited to have proven the naysayers wrong and spent lots of time in the mirror. But when my milk supply began to decrease and I hardly had the strength to make it down the hallway, it became evident I was doing something wrong.

It was around this time that I noticed the “wow you lost weight so fast” comments were vastly outnumbered by “Are you eating at all? You are starting to look sick.” Something had to change. By that point, I had gotten tired of obsessing over fitting into my pre-pregnancy clothes. More than anything, I was sick of feeling weak.

One of the first steps I took to regain control over my health was to speak to a nutritionist about the importance of three or more high-nutrient meals. Discussing my habits with her made it clear that not eating regularly enough was hurting me. I quit going to the gym and decided to focus on my nutritional health. There is no number on the scale that is worth the energy loss that was beginning to prevent me from enjoying my family.

Recently, I returned to the gym. Instead of being preoccupied with my weight, I work out in spurts of 30 minutes to an hour to improve my overall fitness — it’s for health, not size. These days, I understand that the numbers on the scale aren’t as important as being healthy and strong. What’s more, I’ve learned to never, ever comment on another person’s size ever again.

Rochaun Meadows-Fernandez is a writer and lifelong learner. She specializes in topics that relate to sociology, health, and parenting. Her work has appeared in Healthline, Yes! Magazine, WhattoExpect, ForHarriet, and many other publications. To read more from her, see her writer’s page on Facebook, follow her on Twitter and check out her website.