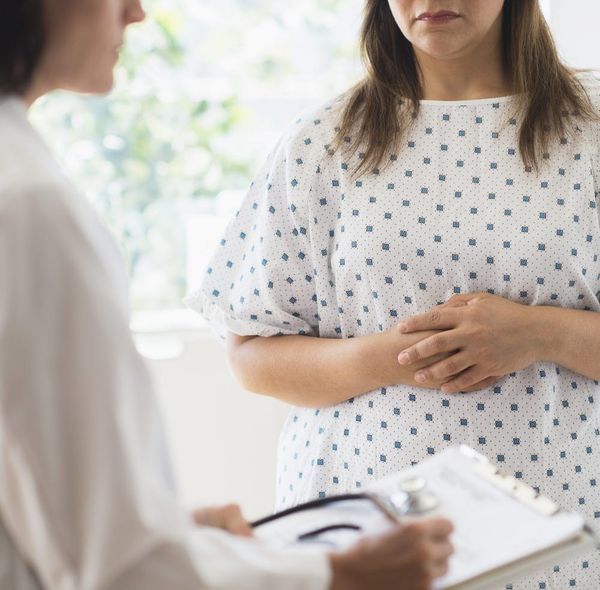 When we think of body-shaming, what might come to mind is the way that people with different body types are called out on social media. Both men and women face public attacks on their bodies, and it’s terrible. Now another, much more private arena for fat-shaming is causing some health professionals to speak out: the doctor’s office.

Dr. Joan Chrisler, a professor at Connecticut College, brought up the issue of fat-shaming by physicians at a symposium during this week’s American Psychological Association conference. In her talk, Dr. Chrisler explained the way that concern trolling in the doctor’s office creates a cycle where a person’s size takes precedence over their actual health concern. For example, doctors will often refuse to treat the symptoms of an injury or illness until a patient loses weight and the number on the scale goes down considerably. This behavior by doctors has MAJOR negative health repercussions for patients.

“Disrespectful treatment and medical fat-shaming, in an attempt to motivate people to change their behavior, is stressful and can cause patients to delay health care seeking or avoid interacting with providers,” said Dr. Chrisler at the symposium.

Chrisler argues that providing different-sized people with different treatments for the same diseases and illnesses is also technically a form of malpractice. By assuming that weight is the main culprit for a plus-sized patient’s symptoms, doctors might choose to skip necessary screening procedures like CAT scans or blood work. This could lead to misdiagnosis, with potentially serious and even fatal consequences.

Oh, and another thing: It isn’t effective in actually helping overweight people to slim down.

In a study published earlier this year by the University of Pennsylvania School of Medicine, researchers wanted to know whether people’s own personal weight bias affected their overall health and treatment and if these people (categorized as medically obese) had a medical condition to blame for their size, making size bias all the more hurtful.

Using a questionnaire given to the participants to track their mental health and personal feelings on their bodies, as well as blood work and other medical tests, the researchers determined that many of the participants had what is called “metabolic syndrome.” This means there were physical reasons for their obesity, and that 2/3 of the people who had depressive episodes or low self-worth also had medical reasons to account for their size.

“Health care providers, the media, and the general public should be aware that blaming and shaming patients with obesity is not an effective tool for promoting weight loss, and it may, in fact, contribute to poor health if patients internalize these prejudicial messages,” the study’s co-author, Tom Wadden, PhD, told Science Daily.

With evidence that suggests that fat-shaming is harmful to the health of millions of people due to its cyclical nature, another of the symposium’s presenters, Dr. Maureen McHugh, said, “Research demonstrates that weight stigma leads to psychological stress, which can lead to poor physical and psychological health outcomes for obese people.”

Have you ever been shamed at the doctor? Tell us how you responded @BritandCo.

Kat Armstrong
Kat has been a writer, social media maven and mom for longer than she's willing to admit. She's also spent time in front of and behind the camera, interviewing celebs, politicians and acting as a producer for fashion and artistic photography shoots. When she isn't writing for various orgs and publications, she's hanging with her kids, husband and French Bulldog, Peter, in Toronto, Canada.
Body Positive
Womens Health
Body Positive Womens Health
More From Womens Health