Why Your AC Might Actually Be Making You Hotter 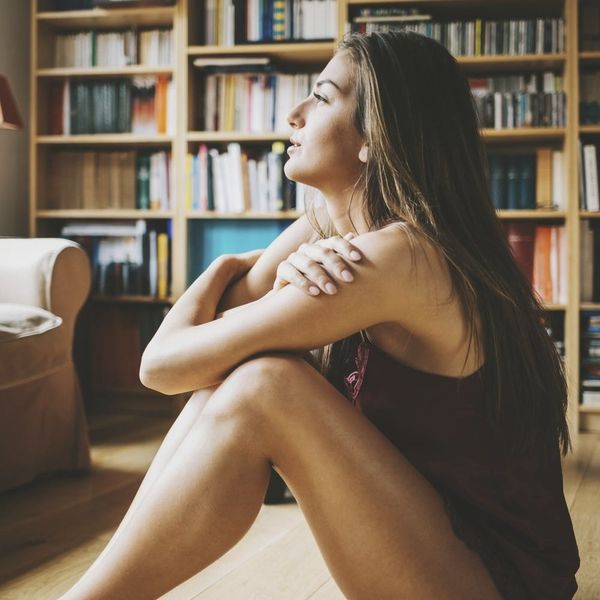 Not everyone loves the summer and are super happy to see it come to an end. For a lot of us, 90-degree-plus weather isn’t exactly our time to shine, unless you’re referring to the sweaty, oily grease slick on our foreheads. And sure, it’s the best time of the year for beaches and BBQs, but it’s also the best time of the year to sit back in a nice, cool movie theater and watch the latest summer blockbuster. But if your summer activities list begins and ends with “Netflix and Literally Chill,” a new report in New York Magazine might make you think twice about cuddling up next to your window unit to beat the heat.

The advent of air conditioners has certainly made our lives better in a lot of ways — including making it a lot more likely that you’ll actually survive a summer heatwave. In 1896, as many as 1,500 people died in a particularly hot New York summer. Heat-related fatalities have steadily dropped since air conditioning became “a thing” in public spaces in the ’30s and began being used in private homes by the middle of the century, but on the other hand, our ability to tolerate the heat has gone down significantly.

According to Stan Cox, the author of Losing Our Cool, a new book about how air conditioning has altered our bodies’ sensitivity to heat and affected the environment, psychologically we now perceive the sweltering air outside as even hotter than it actually is because of something called “the adaptive comfort model.” What that means is that your preference of ideal temperature is shaped by whatever temperature you’ve been exposed to lately. So if you’re constantly cranking the AC up to keep your house in the 70-degree range, stepping outside into a heatwave is going to feel intolerable; but if you were willing to let things get a little hotter inside, it wouldn’t be so bad when you have to leave.

If you’re thinking “They’ll have to pry my window unit from my artificially cold, dead hands,” you should also consider the environmental damage our collective obsession with air conditioning causes. By some estimates, worldwide home, business and industrial air conditioning use around 1-trillion kilowatt hours of energy (aka a TON of electricity), and in most countries the majority of electricity is generated from fossil fuels like coal. According to The Guardian, a home air conditioner causes more greenhouse emissions than a furnace. So the high cost of AC isn’t just on your electric bill.

If you’re freaking out right now (or at least feeling kind of guilty), you might want to consider some other ways to keep cool:

1. Sleep in cotton sheets. They’re lightweight and more breathable than silk or polyester. And if you’re going to go with Egyptian cotton, you might as well take it to the next level and steal a sleep hack from ancient Nile-dwellers: dampening your sheets in cool water before you get into bed.

2. Rethink how you use your fan. Instead of just blowing hot air around the room, put a box fan in the window so that it blows air out. Or, you could place a fan in front of a bowl of ice for a DIY air conditioner-esque set-up.

3. Drink more water. If you keep your body cool internally with chilled water, it’ll help to keep your overall temperature down. It’s like being your own air conditioner.

4. Ice your joints. If you place ice on your body at key spots like your wrists, neck, elbows, ankles and behind your knees, you’ll feel a cool-down right away.

5. Hog the bed. When you’re going to sleep, stretching spread-eagle can help you cool down. And it’s definitely too hot for cuddling, so if you’re sharing a bed, stick to your side. Or kick your S.O. to the couch for the night.

6. Try a buckwheat pillow. They don’t hold onto body heat the way regular pillows do, because the buckwheat hulls allow for air circulation.

7. Crack the windows at night. Even on the hottest summer nights, the air will still cool down a lot more than it does during the day. Let some of that cool air in, and then close the windows in the morning to trap it. Draw the blinds or shades to block sunlight from heating things up during the day too.

How do you beat the heat with minimal AC? Tweet us your tips @BritandCo!