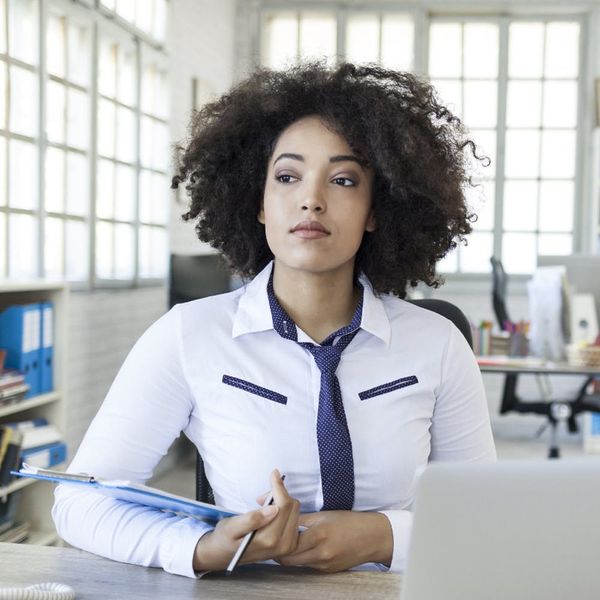 In the last several years, the popular advice for working women who are paid less their male colleagues has been simply to ask for a raise. The idea is that women are conditioned to be less upfront than men, and therefore women just weren’t asking for raises and missing out on additional compensation. But additional new research shows that women are already taking this advice, and it’s not working at the same rate it does for men.

The concept of women “leaning in” at the workplace was championed by Facebook COO Sheryl Sandberg in 2013, but more and more research suggests it’s not a useful strategy. The issues with pay and raise disparities between genders have not to do with the behavior of women, but structural sexism. Now, new research outlined in the article “Do Women Ask?,” published in the journal Industrial Relations, finds that the problem isn’t that women don’t ask for raises, it’s that they aren’t given them when they ask.

Researchers from the University of Wisconsin at Oshkosh, Cass Business School in London, and the University of Warwick conducted a survey of 4,600 employees from 800 different workplaces in Australia in 2014. Examining the results of the survey, the researchers found, to their surprise, that women ask for raises as often as men. However, the study also found that women receive raises 15 percent of the time while men receive them 20 percent of the time.

Though this dataset comes from Australia, study co-author and associate professor at the University of Wisconsin at Oshkosh Benjamin Artz tells Brit + Co that tells us that “there’s no reason to believe (that I know of) that the results would be different in the US.”

Of course, neither 15 percent nor 20 percent is very high — it’s not that any gender gets a raise every time they ask. But the five percent difference between men and women demonstrates that women are hearing “no” more often than their male colleagues. As for why this is the case, Arts says, “We do not know for sure, but our results potentially point to some discriminatory practices within employers.”

Artz adds that women may also be under-selling their value when they ask for raises. “It is somewhat well documented that women tend to have lower expectations than men, and they tend to place less value on their own work than men place on their own work,” Artz says. “So women could be asking for raises, but not providing very convincing arguments that they deserve the raises.”

Artz also has some ideas for solutions to the gender gap in raises. “I think that rigorously structured promotion and raise policies in organizations can help a lot, with gender-diverse panels of supervisors making raise and promotion decisions,” he tells us.

He also says that workers can talk to “supervisors about what the company needs to be successful, and then articulate how the workers themselves accomplish these objectives. It’s all about negotiating and bargaining with the valuable skills and accomplishments workers can and do bring to the table.”

As more research on gender and work comes out, it becomes clearer that women are already following popular advice for gaining parity at work. The problem seems not to be rooted within women, their work ethic, or how they behave at work, but structures and policies that favor men. The key is correcting inequality in workplace practices, and not continuing to advise women in ways that ultimately do not help their situation.

Elizabeth King
Elizabeth King is a politics, history, and culture writer based in the Twin Cities. She is generally pretty cranky but still enjoys traveling, music from the early 2000's, and plotting the resistance. Feel free to say hi on Twitter at @ekingc or check out some of her work at www.elizabethcking.com.
Career
Gender Issues
Career Study Work