Women Have Been Banned from Facebook for Calling Men “Scum” 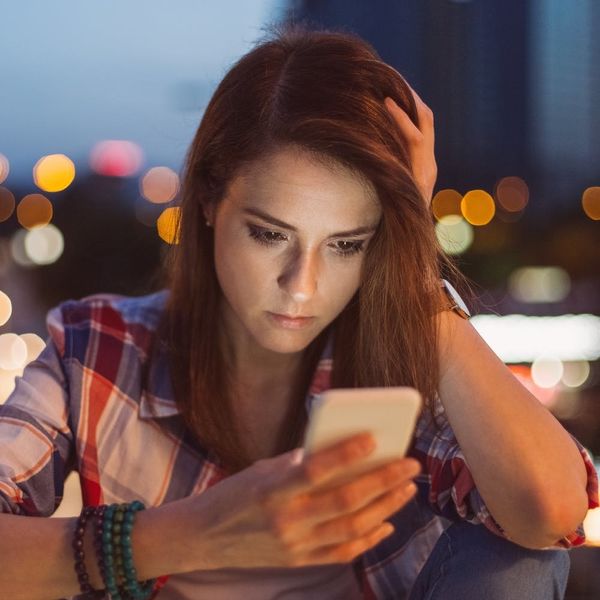 A host of female comedians and other women have been banned from Facebook in recent months for referring to men as “scum” and “trash,” thanks at least in part to a policy that lists “white men” as a protected group.

It’s no secret that social media can be a playground for misogynistic trolls eager to tear down outspoken women, and the #MeToo movement has brought them out in droves.

Silverberg’s post described things men could do better, and Melsky posted the “scum” comment in response to the barrage of hateful replies Silverberg’s post provoked. Melsky was promptly banned from the site for 30 days, reports The Daily Beast, and she’s not alone.

Numerous women, particularly in the field of comedy, have reported temporary bans from the social networking site for relatively innocuous statements like “men continue to be the worst,” and “men ain’t shit.”

Boston comedian Kayla Avery says she’s been banned 10 times, and was so incensed by Facebook’s actions that she started the website FacebookJailed.com, which collects and shares the stories of women who have been banned from the social media site for speaking out against men.

Women who have been banned point out that other individuals writing posts that could be viewed as far more incendiary — a Facebook message to comedian Rae Sanni stating “Kill yourself nig***,” for example — allegedly remain active and unpunished on the site.

The injustice these women describe regarding what stays up and what comes down may be at least partially explained by the complex set of guidelines governing the actions of the site’s content reviewers.

According to documents uncovered in June by a ProPublica investigation, Facebook instructs its reviewers to delete slurs and calls for violence against certain “protected categories.” These categories are broad and can be based on sex, race, gender identity, religion, national origin, ethnicity, sexual orientation and serious disability and disease. More specific “subsets” within these categories, however, may not be protected. As ProPublica explains, “White men are considered a group because both traits are protected, while female drivers and black children, like radicalized Muslims, are subsets, because one of their characteristics is not protected.”

Those affected are concerned that what they see as an uneven policy may be silencing women in the midst of the #MeToo movement. In response to an article in The Daily Dot, a Facebook representative acknowledged that the system is not without its flaws.

“We’re not perfect by any means,” said the rep. “We make mistakes… We know there’s a lot more we can and should be doing here. That’s why the team [that develops content policies] sits down every week and asks, ‘Are there gaps that we need to be addressing here?’”

Without addressing the allegations against the company she runs, Facebook COO Sheryl Sandberg warned in a December 3 post about “the rumblings of a backlash” against women, in the wake of the current national reckoning.

“It is my hope that as more employers put thoughtful, effective policies into place,” wrote Sandberg.

There’s probably a female comedian out there with a few choice words to post about the glaring irony in Sandberg’s statement. Let’s just hope those words don’t get her banned.

Lia Grainger
Lia Grainger is a freelance journalist and reluctant nomad who divides her time between Canada and Spain, weather dependent. She's written for The Atlantic, Reader's Digest, the Toronto Star and other print and online publications, and her work appears in dozens of languages around the world.
Controversy
Current Events
Controversy Facebook
More From Current Events