This Study Says Women Will Take Stress Over Settling for Less 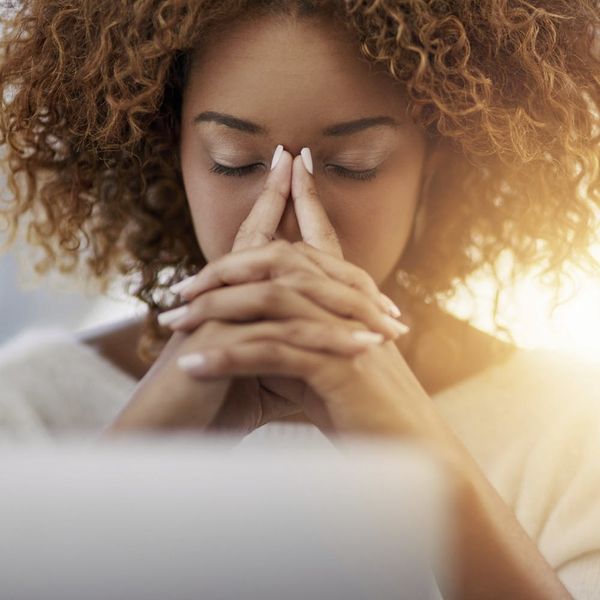 Millennial women today are stressed. From navigating the wage gap to trying to figure out the world of online dating apps, sometimes it’s all just too much. But what if we told you stress can actually be good for you AND good for your career? It’s all about perspective, we suppose. And now, a new study shows that millennial women are actually choosing to be stressed. Yep, you read that right.

Researchers at KRC Research partnered with Secret to figure out whether millennial women are settling with a low-stress life or reaching for the stars and accepting the higher stress levels that come with that. They surveyed 500 women in the United States and Canada ages 18-34, and what they found was that 74 percent of millennial women would rather face stress than settle for a life that’s less than what they want. In other words — we’re a generation of #girlbosses.

The study was done as part of Secret’s new #StressTest ad campaign. “This is a great opportunity for us to support each other in our collective plight with honest and real stories about the stress we feel as young women today and the challenges we all have to confront,” said Zosia Mamet, the actress (of Girls fame!) who’s partnering with Secret for the campaign, in a news release. “There are so many issues that millennial women face; it’s important that we speak up and lean on one another to conquer those stressful moments together, challenge what’s possible and hopefully inspire new cultural norms in the process.

Would you rather have a high-stress life or settle for less? Tweet us your thoughts @BritandCo!

Kylie Kendall
Kylie is a freelance writer living in Ottawa, Canada. When she's not writing, you might find her scoping out all-day breakfast spots in her city or taste-testing every bottle of red wine under $10.
Health