How the Wage Gap Is Hurting More Than Women’s Wallets 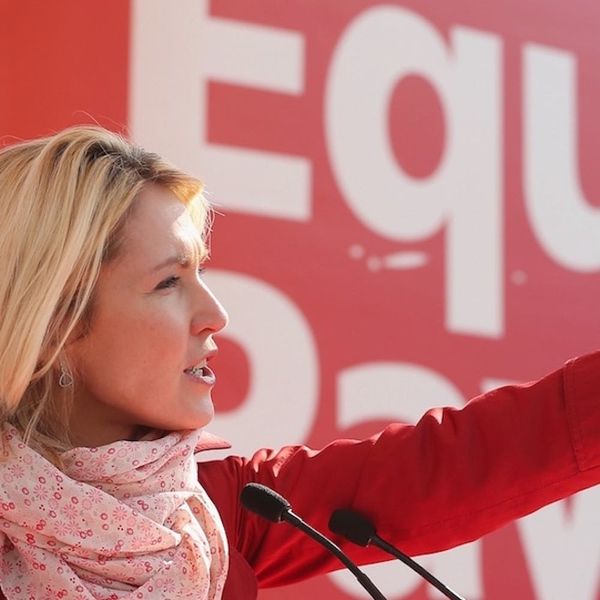 2015 was the year the world finally started to get serious about the wage gap. From J. Law’s on-point Lenny Letter essay to companies stepping up to raise awareness to those pointing out that there are even gaps among women, the wage gap became less of a women’s issue and more of everyone’s problem. And now there may be one more reason to speed up the process of closing the gap: A new study says that women’s higher diagnoses of mental illness could be explained by the wage gap.

Researchers from Columbia University’s Mailman School of Public Health measured the levels of anxiety and depression in women and men who had the same skill and education levels, but had one very important difference: The women made less money than their male counterparts. The results? Exactly what you’d expect — women who made less had higher odds of being diagnosed with generalized anxiety disorder or having a major depressive episode.

It makes sense, unfortunately. What exactly are women supposed to think when we’ve got all the same qualities as men but are literally valued less?!

“If women internalize these negative experiences as reflective of inferior merit, rather than the result of discrimination, they may be at increased risk for depression and anxiety disorders,” says Jonathan Platt, one of the study’s authors, in a news release.

The researchers suggest some serious structural changes — paid parental leave, affordable childcare and flexible work schedules — to make work life a little less stressful until the world can finally get its stuff together and pay women and men equally.

And while this news is super disheartening and discouraging, we’re choosing to look at it this way: If governments and corporations learn that the wage gap is becoming an actual public health issue, maybe things will start to change.

Have you experienced the wage gap first-hand? Tweet us your thoughts @BritandCo.

Kylie Kendall
Kylie is a freelance writer living in Ottawa, Canada. When she's not writing, you might find her scoping out all-day breakfast spots in her city or taste-testing every bottle of red wine under $10.
Empowering Girls
Home News
Empowering Girls Feminism Girlboss Womens Health