The Cast of ‘A Wrinkle in Time’ Surprised Fans at Disneyland 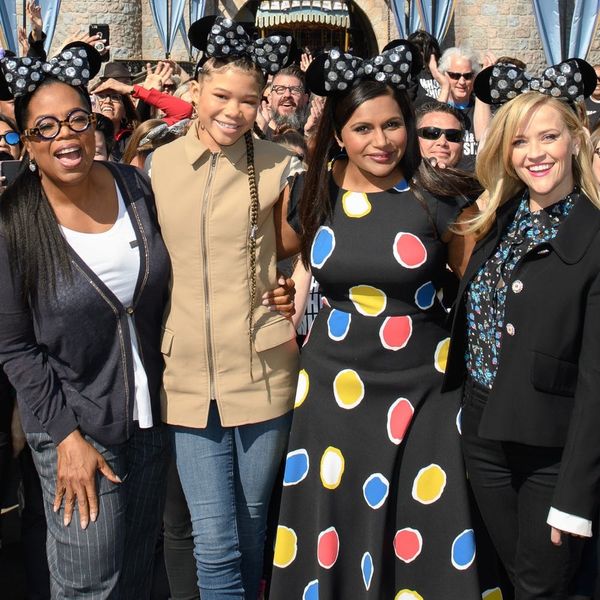 Ava DuVernay’s A Wrinkle in Time is sure to bring joy to millions of movie-goers when it hits theaters on March 9. However, the stars of the film — Oprah Winfrey, Reese Witherspoon, Mindy Kaling, and Storm Reid — have already made magic happen for one group of fans by showing up for a surprise visit and taking them to Disneyland.

The lucky Wrinkle in Time fans were at the Sunset Showcase Theater at Disney’s California Adventure for a special preview of the film, which was surely an incredible experience in itself. But things got even better after the screening, when the four stars appeared without notice to greet the audience.

Posing inside the theater, Winfrey, Witherspoon, Kaling, and Reid looked perfectly pleased to be among so many early viewers of the Disney flick.

But the fun wasn’t over yet! The stars and their fans (who were all outfitted in Mrs. Who & Mrs. Which & Mrs. Whatsit t-shirts) then moved the celebration over to the Magic Kingdom, where they posed for a photo in front of Sleeping Beauty’s Castle.

No doubt this was the memory of a lifetime, especially for the young kids who are experiencing the magic of this story (plus, a surprise celeb visit!) for the first time.

If you could go to a private screening of any movie, what would it be? Let us know @BritandCo!