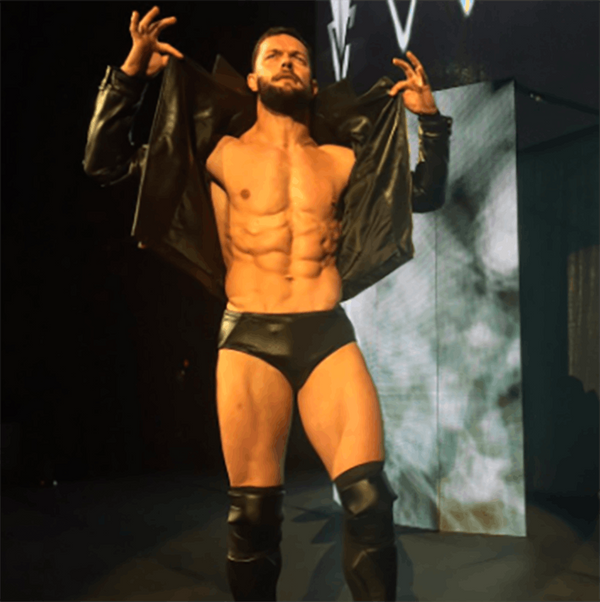 Last week, I got an unexpected invitation: My friend Shifra, who is a massive WWE fan, got her hands on a couple of tickets to Monday night RAW. Did I want to come with? Well, I know literally NOTHING about wrestling, but sure, why not? I figured it would be an experience — and I was right. Here are 25 thoughts a total wrestling newbie (me) had when walking into the ring for the first time ever.*

*That is a figure of speech, y’all. I didn’t actually wrestle… obviously.

^ Me preparing for the show.

Okay, let’s do this:

1. Everyone is “woo”-ing in, like, a very specific way. I don’t understand. (Update: Shifra tells me this is iconic wrestler Ric Flair’s thing.)

2. *Looks at everyone in the crowd* Apparently, this is a BYOB (bring your own belt) situation.

3. This Brock Lesnar guy has some pretty incredible dance moves.

4. What do you think would happen if I presented at a meeting in the style of Paul Heyman?

5. Shifra on Braun Strowman: “People like him because he’s big.” LOL. Okay, got it.

6. I am loving the bold, low-cut tops these dudes are rocking.

7. Wow, Big Cass (left) is SO incredibly oily. Isn’t that much body oil kind of foul play for a wrestling match?

9. Enzo showed up in an all-leopard outfit with a shopping cart. This guy really needs to become BFFs with Ninja from Die Antwoord. Who can facilitate a bromance?

10. Enzo’s tagline is “How you doin’?” Not sure how Joey Tribbiani would feel about this.

This week we talk about Enzo Amore & should he be in Cruiserweight division and much more #Podcast #enzoamore https://t.co/QpMex5ghia pic.twitter.com/jAfkaJ8Tw4

11. Thirty minutes in and someone has already been smacked by a chair. Can’t believe it’s taken this long!

12. Everyone is really mad at Big Cass for doing well in this fight against Enzo. I guess they’re not fans of a seven-foot tall man in high-waisted undies?

13. LOL. Love that the dudes talk s*** to each other for at least 10 minutes before fighting and the women just get straight to business. This feels very representative of real life.

14. Oh, okay… that women’s match was over really fast. This amount of attention on female sports also feels very representative of real life.

15. All the dads and sons enjoying the show together are really cute.

You're NOT seeing things! @JohnCena is ready to compete in the #RAW ring for the FIRST time in over a year! pic.twitter.com/Yi6nFhdH7l

16. Wait, what? John Cena is here! One of the three WWE wrestlers I know!

18. He’s just, like, smiling in the ring while getting booed by the crowd. I wish I could take rejection as well as he does.

19. Why did John show up to a wrestling match in denim shorts? Is that why everyone is booing him? If so, fair.

20. This guy “The Miz” looks hella fly and basically just interrupted a fight to talk about how he doesn’t get the respect he deserves. Can I react like this next time someone ghosts me on a dating app?

21. John Cena looks like he’s about to break character. Does the WWE have bloopers?

22. Literally no one cares about these Cruiserweight guys. Sad.

23. Someone just threw a beach ball into the crowd and this is the most excited people have been for about 30 minutes.

Are you a WWE fan? What do you love about the sport? Share with us on Twitter @BritandCo.

(GIFS via GIPHY and WWE)

Cortney Clift
Cortney is the senior writer and special projects editor at Brit + Co. She typically covers topics related to women's issues, politics, and lifestyle. When she's not buried behind her computer you'll find her exploring New York City or planning her next big adventure.
TV