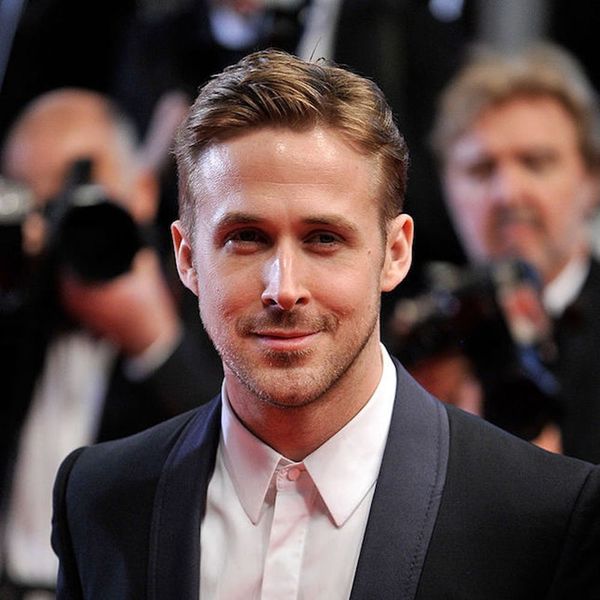 Every year right around this time, while scouring Pinterest for the best costume and decor ideas (TOTALLY doing one of these #Trumpkins, BTW), and after we’ve already blown through all of Netflix’s best spooky flicks, we like to binge on an old childhood favorite to scratch that Halloween itch. We’re talking, of course, about Goosebumps. Not the R.L. Stine books (though those ruled too), not the (pretty awesome) movie released last year, but the TV show you used to obsessively watch even though it scared the crap out of you as a kid.

The kids’ series has actually aged super well, and watching it as an adult, you can’t help but notice some familiar faces. Here are some of the notable series actors who went on to dominate your TV and movie screens post-Goosebumps.

1. Ryan Gosling: You already knew Ryan was a child actor, right? He adorably overacted in the 1996 episode “Say Cheese and Die.” (Photo via Gareth Cattermole/Getty)

2. Caterina Scorsone: You may know her as Dr. Amelia Shepherd from your years of Greys Anatomy binging, but Caterina was in four episodes in the late ’90s, most notably as Jessica in the three-part “Chillology” series. (Photo via Mike Windle/Getty)

3. Scott Speedman: Scott actually starred as Officer Madison in the same ep as Ryan Gosling, “Say Cheese and Die.” You’ve since regrettably fallen in love with him as the emotionally distant Ben on Felicity. (Photo via Paul Zimmerman/Getty)

4. Hayden Christensen: Now best known as Rachel Bilson’s baby daddy (okay, fine, he was also in Star Wars or something), Hayden was ADORABLE in “Night of the Living Dummy III.” (Photo via Leonard Adam/Getty)

5. Laura Vandervoort: You knew her as Supergirl on Smallville, and now as Indigo on Supergirl (say that twice fast!), but watch for Laura in the super spooky “Deep Trouble Part 2,” too. (Photo via John Sciulli/Getty)

7. Blake McGrath: Yep, Goosebumps alum even made their way to reality competition shows! You’ve seen Blake’s moves on So You Think You Can Dance, and you’ve also seen him in the creepy “Stay Out of the Basement.” (Photo via David Livingston/Getty)

8. Colin Mochrie: There was a time when you couldn’t flick on a TV without seeing improv comedy show Whose Line Is It Anyway and, by default, Colin Mochrie’s hilarity. He was significantly harder to find in his quick cameo as Heavy in 1996’s “Bad Hare Day.” (Photo via Ben Gabbe/Getty)

9. Yani Gellman: Yep, Paolo from the Lizzie McGuire Movie and Officer Garret from Pretty Little Liars was also in “Deep Trouble” parts one and two with Laura Vandervoort. (Photo via Lucy Nicholson/Getty)

Do you plan on watching old Goosebumps episodes this Halloween? Let us know @BritandCo!