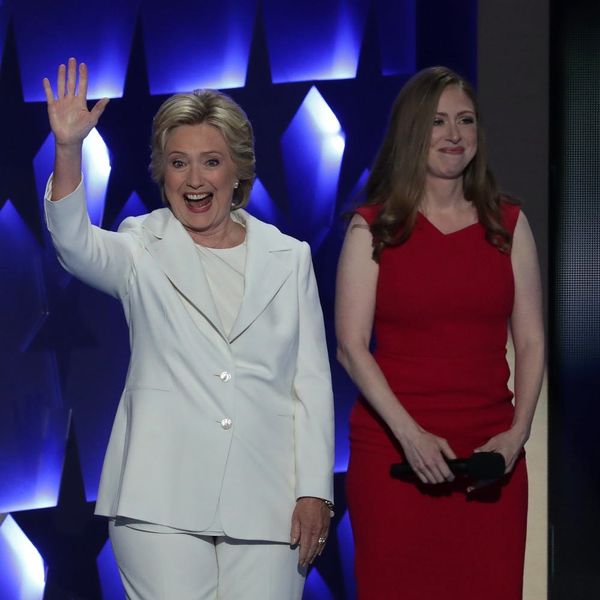 When Donald Trump called Hillary Clinton a “nasty woman,” he surely thought he was throwing shade at his competitor, but quite the opposite happened. He not only sparked a totally inspiring hashtag, he inadvertently launched a movement bringing together every “nasty woman” in the country and beyond. But one person is worried that Hillary’s message was lost in the hubbub. Chelsea Clinton, the first person who might see both of her parents step into the role of President of the United States, had an awesome response to Trump’s “nasty woman” comment, and you’re gonna love it.

While sitting down to chat with the ladies on The Talk on Thursday, Chelsea said her first reaction was, “‘Oh no, now no one’s going to pay attention to Social Security,’ which is actually a really important conversation and a topic that hasn’t gotten enough attention in this election season.” Totally acting like the politically minded person that she is, she had the issue first and foremost on her mind.

Though she also added, “I think that it has been clear now for many months who Donald Trump is. He has a view of who he thinks isn’t as good as he is, and I think you’ve sadly seen that toward women and minorities and immigrants and the LGBT community. So it just makes me sad that that is part of our presidential election season.” *slow clap*

You can check out her reaction for yourself below.