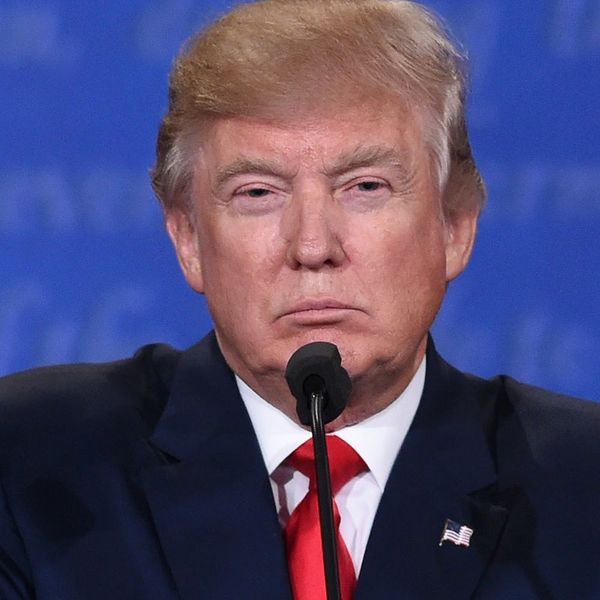 Another debate, another day spent recovering from all the insane comments Donald Trump made the night before. There were a handful of standout quotes, but the main one that has the internet reeling is the moment he called Hillary a “nasty woman.” Just in case you couldn’t get yourself to sit through round three of the political blood bath, here’s a clip of what Trump said.

Naturally, the internet was NOT happy about the comment. And in classic Twitter fashion, reactions started rolling in.

Nobody respects women as much as he does. #NastyWoman #debate

Does he know his mic is on? #nastywoman #debatenight

FOMO that I can't identify as a #NastyWoman tonight but thrilled I can at least vote for one.

But like the last time Donald was caught saying something derogatory towards women (see: #notokay), the Twitterverse has responded not just with witty comments but also with an inspirational new hashtag: #IAmANastyWomanBecause. Scroll through the contributions to the hashtag and you’ll find women stating their accomplishments and why they’re proud to be a woman.

#IAmANastyWomanBecause I curse like a sailor, love like no other and work hard for my damn paycheck

#IAmANastyWomanBecause I believe women and men have the same capacities. And I work everyday to prove it

#IAmANastyWomanBecause I educated and a critical thinker, raising a happy child who accepts he can't always have what he wants.

We’re loving this smart and educated response to such a demeaning comment. Remember, election day is November 8. Don’t forget to VOTE!