11 Beloved Books That Are Being Turned into Movies 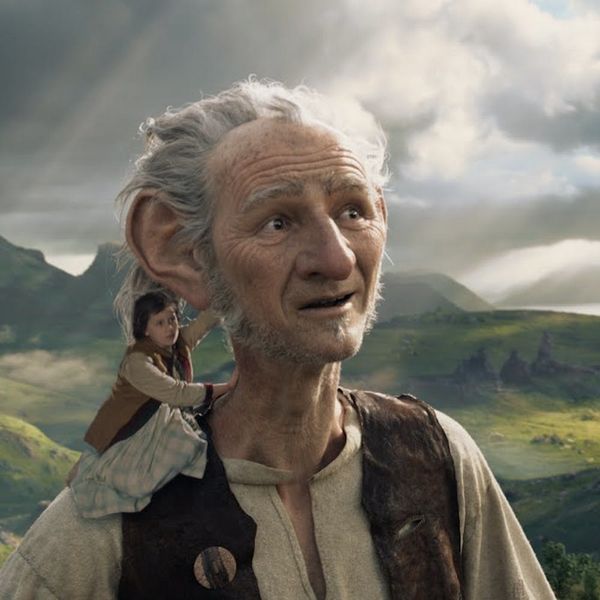 You’ve probably added a whole bunch of the most recent book-to-movie adaptations (yaaaasssss, Jungle Book!) to your must-see list. Now, we’ve got your next set of novels to catch up on before they get the silver-screen treatment. Better get reading — there are quite a few to catch up on!

1. BFG by Roald Dahl ($4): This classic children’s favorite is first up to hit the big screen on July 1. In fact, you’ve likely already seen the trailer for what is likely to be a ridiculously cool remake — Steven Spielberg IS on board as a producer, after all. Following the unlikely duo of a little girl and her oversized-but-totally-friendly companion who set out to save her fellow children from the would-be ravishings of some not so friendly giants, this film’s special effects are sure to be insane.

2. Nerve by Jeanne Ryan ($6): Newly blonde Emma Roberts will be taking on the role of Vee opposite Dave Franco in this ultimate game of Truth or Dare (minus the truth) that is being broadcast online. Out July 27, this suspense thriller kinnddd of gives us the willies, TBH: We can TOTALLY see this happening IRL.

3. Into the Forest by Jean Hegland ($10): This end-of-days style novel sees sisters Nell and Eva (to be played by Evan Rachel Wood and Ellen Page on July 22 — eeee!) relying solely on one another as the society they once knew crumbles into a distant memory. With no running water, no gas and no food, they’re forced to live off the North Carolina woods they reside in or perish.

Watch this: Into the Forest official trailer

4. The Light Between Oceans: A Novel by M.L. Stedman ($9): Come September 2, Oscar winner Alicia Vikander (who won doubly big that night with her Disney princess hairstyle) will become Isabel, a lighthouse keeper’s wife who, after suffering a miscarriage, harbors a secret child who appears to her by way of sea. The only problem? Actions tend to have consequences, and this couple’s decision most certainly does.

Watch this: The Light Between Oceans trailer

5. Miss Peregrine’s Home for Peculiar Children by Ransom Riggs ($11): With an abandoned orphanage full of haunting secrets and a mysteriously secluded island, Miss Peregrine was the perfect candidate to get the royal Tim Burton touch, and so it shall on December 25. We’re slightly bummed Tim’s longtime muse Helena Bonham Carter won’t be rounding out this masterpiece, but we’re sure stars Eva Green and Asa Butterfield will shine just the same.

6. Inferno by Dan Brown ($6): Seven long years after Dan Brown’s last series thriller, Angels and Demons, was made into a movie, Tom Hanks will reprise his role in the series with Brown’s latest, Inferno. Taking a cue from the name, this one sees Langdon rushing to solve mysteries within Dante’s epic poem before it changes the world forever.

7. The Circle by Dave Eggers ($9): Following what is sure to be an AMAZING rendition of Belle in the live-action film of Beauty and the Beast, Emma Watson is slated to play Mae in Eggers’ The Circle (release date TBD), a driven young woman at a Google-type tech company — with a harrowing twist, natch. Tom Hanks will also be appearing in this one.

8. Brain on Fire: My Month of Madness by Susannah Cahalan ($10): Though a release date is yet to be set, we are BEYOND excited to see Chloe Grace Moretz take on mental illness as the lead in this shockingly true account of an unexpected descent into chaos that was real life for the book’s author, who woke up in a hospital bed at 24 with no recollection of how she got there.

9. The November Criminals by Sam Munson ($12): Chloe Grace Moretz will also try her hand at dark satire in this novel about a mischievous youth obsessed with the death of a fellow classmate.

10. The Queen of Katwe by Tim Crothers ($13): Two words: Lupita. Nyong’O. Our figurative (and DIY!) queen becomes the mother to a real one on September 23 (at least in the world of chess), as her young daughter Phinoa Mutesi conquers the thinking game. Best of all? It’s a true story.

Watch this: The Queen of Katwe official trailer

11. Wicked: The Life and Times of the Wicked Witch of the West by Gregory McGuire ($7): Beloved novel and long-time running Broadway fave (it’s been on the circuit since 2003) Wicked may just be the most anticipated film-come-true on our list. While there haven’t been many details leaked about the film — apart from a 2019 release date — what we DO know is that you have plenty of time to catch up on McGuire’s classic, which takes an empathetic look at Wicked Witch Elphaba’s trials and tribulations — ’cause villains need love too, ya know?

Which of these films are you most excited to see? Let us know over @BritandCo!