9 Books That Are Being Turned into Movies This Year 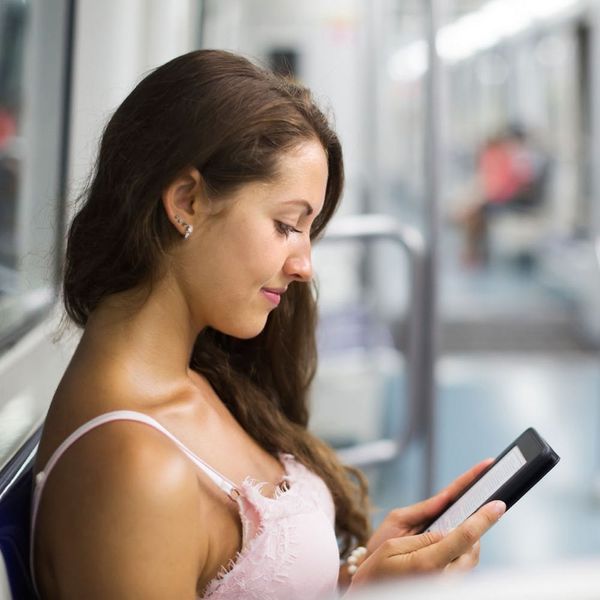 If you’re a serious bookworm (major signs are that you read 50 books a year, you had a book-inspired wedding and your home is filled with book-themed decor), you know the moment of panic that comes when you find out your favorite book is being made into a movie. Will the producers do it justice? What if they change the plot? Will the casting be different from the way you imagine the characters? But regardless of your fears, you know you’re gonna be there opening night, popcorn ready. This year has some amazing book-to-movie adaptations for you. If you haven’t read these nine books, we suggest adding them to your to-read list ASAP!

1. Me Before You by Jojo Moyes ($16): This one’s an unlikely love story between two people who could not be more opposite. If there’s a better premise for a good rom-com, we don’t know what it is.

Watch this: Me Before You Official Trailer

2. The Jungle Book by Rudyard Kipling ($11): This movie promises to be a more grown-up version of the kids’ classic than the Disney cartoon version. Indulge your inner child and follow the adventures of Mowgli and Baloo in this action-packed adventure film.

Watch this: The Jungle Book Official US Teaser Trailer

3. The Girl on the Train by Paula Hawkins ($27): A thrilling story of a woman who finds herself in the middle of a missing-person case. The book AND movie versions of this one are sure to keep you on the edge of your seat.

Watch this: Paula Hawkins on The Girl on the Train

4. Mike and Dave Need Wedding Dates: And a Thousand Cocktails by Mike and Dave Stangle ($16): Take a break from the trendy thrillers of the moment with some serious humor (is that an oxymoron?). This one’s a hilarious (and true) tale of two brothers who turned to Craigslist to find dates for their cousin’s wedding.

5. Through the Looking Glass by Lewis Carroll ($7): Here’s another one that’ll bring back childhood memories! Starring Johnny Depp and the late Alan Rickman, this movie is sure to be even more magical than you remember.

Watch this: Alice Through the Looking Glass Official Grammy Trailer

6. The Taliban Shuffle: Strange Days in Aghanistan and Pakistan by Kim Barker ($16): Okay, so this one doesn’t exactly sound light, but it’s actually a comedy, we promise! It’s about a self-deprecating foreign correspondent who finds herself covering political turmoil in the Middle East and being pursued romantically by the former Prime Minister of Pakistan. And the movie version, Whiskey Tango Foxtrot, stars Tina Fey — see, we told you it’s a comedy (or at least a dramedy)!

7. How to Be Single by Liz Tuccillo ($8): This one’s already in theaters, so you’d better hurry up and get your reading on! Or just read it after the movie — that works too. Expect side-splitting laughing fits from Rebel Wilson and Dakota Johnson’s characters as they navigate single lady-hood.

Watch this: How to Be Single Trailer

8. Fantastic Beasts and Where to Find Them by Newt Scamander ($10): Harry Potter fans are about to get really excited. This book is written as a wizard’s guide to magical creatures — including “where the Quintaped lives, what the Puffskein eats, and why it is best not to leave milk out for a Knarl.” We’re super excited to see how that translates to the big screen.

Watch this: Fantastic Beasts and Where to Find Them Announcement Trailer

9. Let It Snow: Three Holiday Stories by John Green, Maureen Johnson and Lauren Myracle ($8): Okay, so we know we just got over all things Christmas from 2015, but who could pass up some good tug-on-the-heartstrings stories from the one and only John Green? These three interwoven holiday stories are sure to make a great movie. The release date is TBD and there’s no trailer yet, but we’re betting it’s going to be pretty amazing.

Which of these book-to-movie releases are you most excited about? Tweet us about it at @BritandCo!

Kylie Kendall
Kylie is a freelance writer living in Ottawa, Canada. When she's not writing, you might find her scoping out all-day breakfast spots in her city or taste-testing every bottle of red wine under $10.
Books
Home News
Books
More From Home News