11 Slam Poems That Will Give You All the Feels 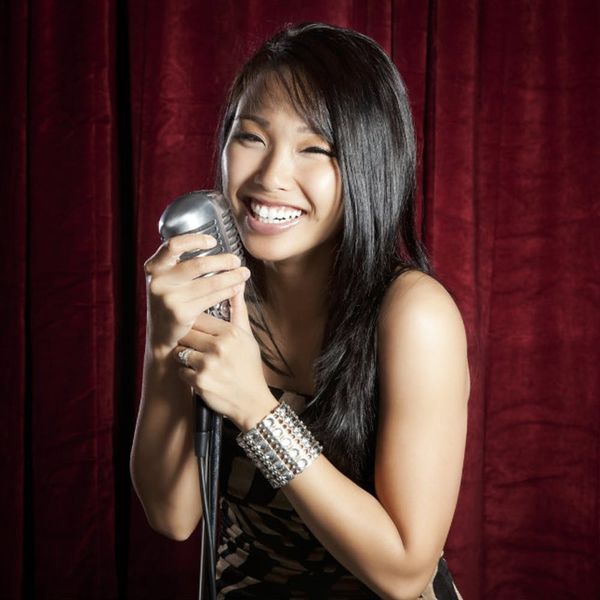 Creativity comes in many forms, from DIYing a chic tie dye dress in your downtime to journaling every single week for a year. And while we love testing our own creativity with fun projects, we also love watching other people get creative. Our latest obsession just so happens to be mega popular on YouTube ATM — yes, just like the rest of the world, we can’t get enough of slam poetry. Ranging from the lighthearted to the mega serious, there’s just something so intense about listening to fierce spoken word. Here are our 11 favorite slam poems to binge at the moment.

1. Facts About Myself by Tucker Bryant: Starting off with a few quirky facts about himself, Tucker Bryant quickly dives deep into his personal history in this can’t-miss slam poem.

2. OCD by Neil Hilborn: If you’re not one of the 11 million people who have already seen this amazing love story unfold in beautiful prose, drop everything you are doing and watch it right now. Seriously, we’ll wait.

3. Shrinking Women by Lily Myers: Anyone who has struggled with an eating disorder will immediately know the feeling Lily Myers talks about in this epic three-minute video. Spitting truth bombs left and right, Lily’s gut-wrenching poem will leave you nodding your head in silent agreement.

4. Explaining My Depression to My Mother by Sabrina Benaim: Even though mental illness is becoming less and less stigmatized (thanks, in part, to awesome YouTube mental health advocates), the struggle to explain mental illness to someone who just doesn’t understand is still very real for a lot of people. In this intense and fascinating slam poem, Sabrina Benaim attempts to explain her depression to her mother… and to the rest of the world.

5. What Guys Look For in Girls by Savannah Brown: It’s hard to believe that it has already been two years since Savannah Brown’s iconic slam poem blew up online. Detailing the harsh reality of what it’s like to be a young woman in the modern world, Savannah’s passion shines through all of the haters.

6. Touchscreen by Marshall Davis Jones: Okay, we know we’re being a smidge hypocritical by including this on our online list, but hear us out: Marshall Davis Jones is amazing. If you’re looking for that extra push to put down your smartphone and start living IRL, this just might be the video to help you do so.

7. Useless Bay by Sarah Kay: “Once in Puerto Rico, I held onto a rock ledge for 45 minutes,” Sarah starts off in this amazing tale of dating, filled with vivid metaphors. Combining an amazing harrowing story with beautiful prose, this is definitely something every young person should watch at least once.

8. Boy in My Closet by Dia Davina: Dia’s heartbreaking story of how coming out affected her relationship is one for the history books. It’s a fiercely real account of how people can change our lives completely.

9. To the Boys Who May One Day Date My Daughter by Jesse Parent: Parents, take note. Jesse’s remarkable and mega viral open letter to all the people who may one day date his daughter is so darn beautiful… you may just want to print out his words and hang them on your wall.

10. Nine Things I Would Like to Tell to Every Teenage Girl by Melissa Newman-Evans: This is the best NSFW video you’ll probably watch all day. Simultaneously uplifting young girls while presenting them with the harsh, unfair reality of the modern world, Melissa Newman-Evans crushes it with this three-minute explosion.

11. Pocketed-Sized Feminism by Blythe Baird: It takes incredible courage to share a story of assault with one person, let alone the entire world. In this must-watch slam poem, Blythe details a myriad of events that would make any sane person cringe. Every breathing human — young or old, female or male — should listen to her harrowing message.