The Best Red Carpet Looks From the 2015 CMT Music Awards 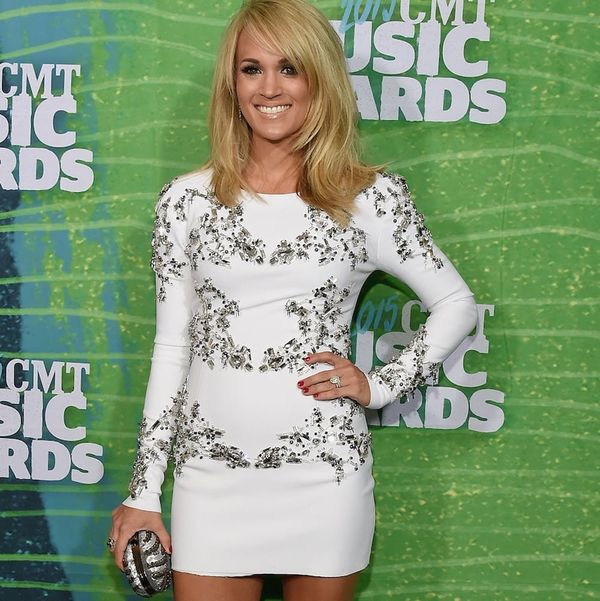 When we think of country style, naturally visions of cowboy boots and denim shirts tend to come to mind. But as some of the biggest country music stars proved back in April at the ACM Awards, they can easily toss their ranch-approved duds aside for an evening of elegant red carpet looks. Don’t believe us? Scroll on down to check out some of the best looks from this year’s CMT Music Awards.

1. RaeLynn: Please excuse us as we go all googly-eyed over this one. From the varying shades of purple to the black accents to the intricate neckline, we’re in love with it all. (Photo via Rick Diamond/Getty)

2. Kelsea Ballerini: Kelsea’s otherwise simple blue dress gets an unexpected twist with a bold pop of yellow from her heels. (Photo via Rick Diamond/Getty)

3. Danielle Bradbery: Embellishments FTW! The winner of season four of The Voice strutted down the red carpet in this dramatically metallic ensemble. (Photo via Rick Diamond/Getty)

4. Kree Harrison: Amidst a sea of jewels and prints, singer Kree Harrison kept it sleek and simple in a long, black gown with an unexpected neckline. (Photo via Rick Diamond/Getty)

6. Meghan Linsey: Going for a total opposite vibe, Linsey sported super bright, floral separates that are kind of making us want to go to both a rose garden and Hawaii all at once. (Photo via Rick Diamond/Getty)

7. Aubrey Peeples: Is that a new superhero or Nashville’s Aubrey Peeples? We’re going to say both. (Photo via Rick Diamond/Getty)

9. Brittany Snow: The Pitch Perfect star evoked a bit of an Old Hollywood vibe in this clean and classic dual toned piece. (Photo via Rick Diamond/Getty)

13. Jana Kramer: So far we haven’t spotted any of those super see-through gowns that have been popping up all over recent red carpets. However, cut-outs are definitely proving to be a trend of the evening. (Photo via Rick Diamond/Getty)

What’s your favorite look from this year’s CMT Music Awards? Share with us in the comments below.

Cortney Clift
Cortney is the senior writer and special projects editor at Brit + Co. She typically covers topics related to women's issues, politics, and lifestyle. When she's not buried behind her computer you'll find her exploring New York City or planning her next big adventure.
Red Carpet
Party
Red Carpet