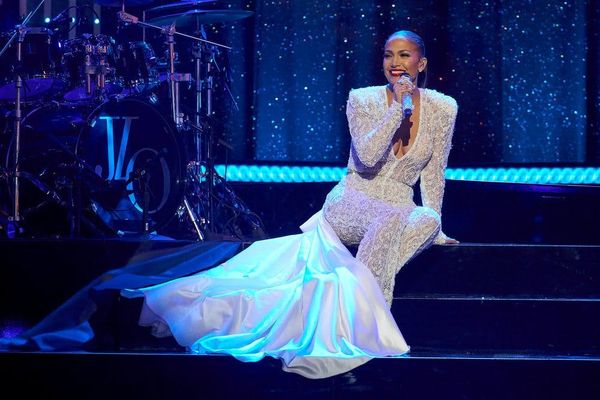 Whether you’re ringing in the new year with friends or enjoying a quiet night in at home, there are plenty of TV specials to keep you entertained as you count down the hours and minutes to midnight. And with performances by Christina Aguilera, Jennifer Lopez, Camila Cabello, Shawn Mendes, New Kids on the Block, Kelly Clarkson, Diana Ross, and more, you won’t want to miss a second. Here’s your guide to this year’s NYE specials, from the tradition Rockin’ Eve to NBC’s Toast to 2018.

Anderson Cooper and Andy Cohen will team up for a second year to co-host live from Times Square in New York City. Anyone celebrating in the Central Time Zone can ring in the new year with CNN’s Brooke Baldwin and Don Lemon, who will be leading a countdown from New Orleans beginning at 12:30am. (Photo via Taylor Hill/FilmMagic)

Kathie Lee Gifford and Hoda Kotb will co-host AToast to 2018, part one of NBC’s New Year’s Eve programming. The two-hour special kicks off at 8pm and features an all-star lineup of guests — including talk show host Busy Philipps, Unbreakable Kimmy Schmidt star Ellie Kemper, singer Michael Bublé, and Saturday Night Live‘s Kenan Thompson — who will join Gifford and Kotb in reminiscing about the biggest, best, and most viral moments from the past 12 months.

Which New Year’s Eve special(s) will you be watching? Tell us @BritandCo!