3 New Books About Work to Make You Love Summer RN 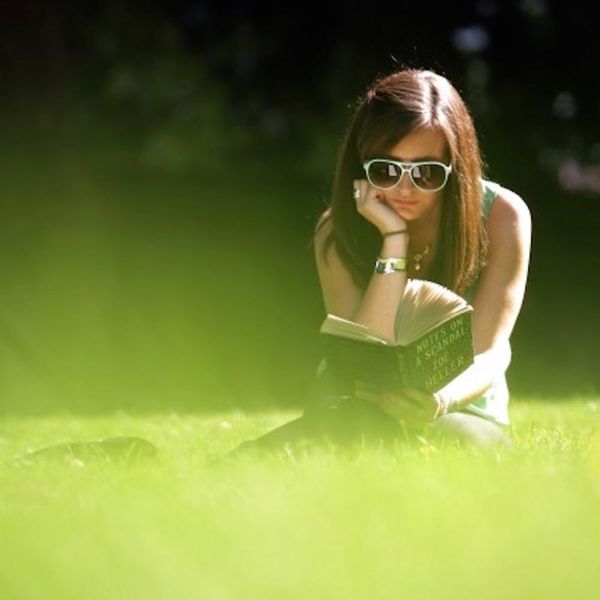 We’ve just hit the blissful months of summer, and when the sun is shining and the beach is calling, there’s nothing worse than sitting, frustrated, at your job. This week’s book club features protagonists who are feeling just that — bored, annoyed and put-upon by their working conditions — but there might be some hope for them on the horizon. We’ve got a shrewd Shakespeare update, a behind-the-scenes tale of a royal workplace and a worker’s revolution for you — something to think about while you’re counting down the minutes until you’re sipping mojitos on your dream patio.

1. Vinegar Girl by Anne Tyler ($15): Shakespeare’s Taming of the Shrew is a play full of controversy with a ton of adaptations. More modern versions like Kiss Me, Kate play up the beloved independent-woman aspect and tone down the uncomfortable sexism, and who among us didn’t fall a little in love with Heath Ledger as he sang to Julia Stiles in the best teen movie of the 90s, 10 Things I Hate About You? Ann Tyler, author of more than 20 best-selling novels and winner of the Pulitzer Prize for her novel Breathing Lessons, takes her turn re-updating Shakespeare’s problematic classic for our current sensibility.

“You try wearing a dress sometime. I look like a pet dog decked out by some demented child.” Kate Battista has a hard time fitting in, with an absent-minded scientist for a father, a beautiful younger sister named Bunny and a distinctly unsatisfying life. She’s been strong-armed into maintaining the family household, and is constantly being chastised at work for her outspoken dealings with her preschoolers. Now, though, they’ve gone too far: Dr. Battista’s research assistant, Pyotr, is being threatened with deportation just when a breakthrough is imminent, but if Kate could just provide him with a legal option to stay… Cosmo says, “Pushy dad plus entitled little sister, cute but clueless suitor, and Pulitzer Prize-winning author equals must-read.”

2. The Royal Nanny by Karen Harper ($9): We’ve been fascinated by tales of governesses in sprawling British estates even before Jane Eyre hit the Western canon, and we’ve definitely been fascinated by the British royal family well before that. Based on a true story, bestselling author Karen Harper’s new book is full of the quirks, frustrations and rewards inherent in finding yourself a nanny to the stars.

“I was about to become undernurse to the royals at York Cottage on the Sandringham Estate, and it was my first time in a railway carriage and so far from home.” Charlotte Bill finds herself at the gates of the palatial property belonging to the Duke and Duchess of York in the spring of 1897. Busy and reserved royal parents King George V and Queen Mary need someone to care for and bond with their children, and Charlotte, who becomes beloved “Lala” to six princes and princesses, will take on this role. She must skillfully navigate a world of formalities and procedure, where children are “presented” to their parents, and deal with a curiously unfeeling boss.

3. We Want Everything by Nanni Balestrini ($16): It may suck to be in the boardroom instead of the beach, but in this current gig economy with eroded job security, declining benefits and the inability to leave work at work (or even leave work — see the offices that “thoughtfully” provide employee cots for sleeping over), we may have bigger problems on our hands. Certainly, the working world has always been one of employers vs. employees, profits vs. people, and never is that more true than in the case of vulnerable classes.

Italian author Nanni Balestrini has influenced decades of young writers as a part of the avant-garde literary movement Gruppo 63 with Umberto Eco. Here, he writes a fictionalized version of the terrible factory working conditions that combusted into strikes and riots in 1969, in a worker-led revolution called the “Hot Autumn” which lasted a decade, the longest series of strikes ever. Migrant workers from the rural south (nine million of them!) were the driving forces in this swing toward socialism. Southern workers were second-class citizens in the eyes of factory owners, given the worst jobs under the worst conditions.

The story centers around a young man who goes to work at the Fiat factory in Turin, and finds the 14-hour, unbearably hot work days seriously detrimental to his health. Forced to sell his blood to make ends meet, he becomes intrigued by the workers’ secret meetings and their plans to rise up for a better future. Sick of their exploitation, the workers chant, “We Want Everything!” Reading this book might be a good start to getting it.

What books take you far away from work? Tag us in your next playful read @Britandco.