5 Myths About Making Your Baby Smarter 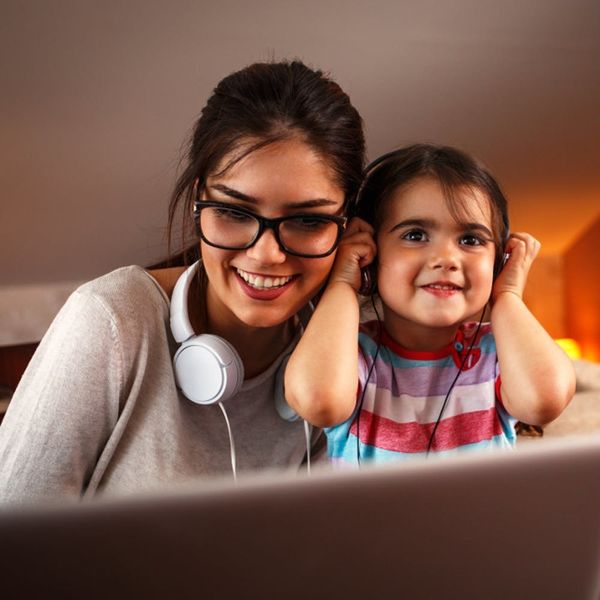 Harvard, here they come! You’ve stopped freaking out about normal newborn things, and you’re already planning their Ivy-League path. You’ve heard that there are “ways” to make your baby smarter, and it’s not exactly breaking news that mamas (and daddies, grandmas, cousins, mom’s BFF and every other adult) have been thinking up baby-brain-boosting ideas for decades. Before you run out and spend that hard-earned money you’ve been saving for a chic diaper bag alternative on the latest, greatest IQ-increasing baby product, check out the facts (and some major myths) about making your little one smarter.

baby is listening, so go ahead and read aloud all the Shakespearean sonnets that you can handle. Though it doesn’t mean they’re going to pop out reciting lyrical prose like The Bard himself, it can’t hurt to talk to your baby in utero. They’ll get to know your voice, and there’s no reason to hold off on introducing them to your native language. Even so, talking to your womb won’t necessarily raise your baby’s potential IQ.

mainly in mice — not babies, or even baby mice). When it comes to your baby, playing loads of Mozart and other classical tunes certainly won’t do any harm. It’s likely that your baby will enjoy the music, and it may even calm their crying self down. But it probably won’t make them smarter in the long term.

Complexly colored toys do tend to hold a baby’s attention longer than a bland canvas (duh), but while super-charged patterned puzzles may keep your little learner’s attention, they probably don’t have much to do with whether or not your baby earns early acceptance letters to both Yale and Stanford when they grow up.

30-million-word gap researchers Betty Hart and Todd Risley found between children of different social and income levels. (Keep in mind, the actual 30 million number came by way of math rather than as a direct observation.) This study got people thinking that maybe we should all be talking to our kids more often. Engaging in meaningful, positive verbal interactions with your young child will not-so-surprisingly influence their vocabulary development. Will it guarantee straight As later on? Maybe, or maybe not. Either way, it can only help your child.

The Lancet, researchers found a link between breastfeeding for a longer time and the child’s IQ (as well as eventual educational attainment). Of course, for every study showing an intelligence increase, it seems like there’s another one saying, “It’s not true!” When it comes down to it, nursing your baby is healthy. Intelligence-increaser or not, choosing to breastfeed when you have the option is good for baby.
Erica Loop
Erica Loop is a freelance writer living in Pittsburgh. When she's not busy creating kids' activities for her blog Mini Monets and Mommies, you can find her trying to hang out with her teenage son, being chased by her two Olde Boston Bulldogs or teaching a children's karate class (she's a third degree black belt!).
Education
Parenting
Education New Moms