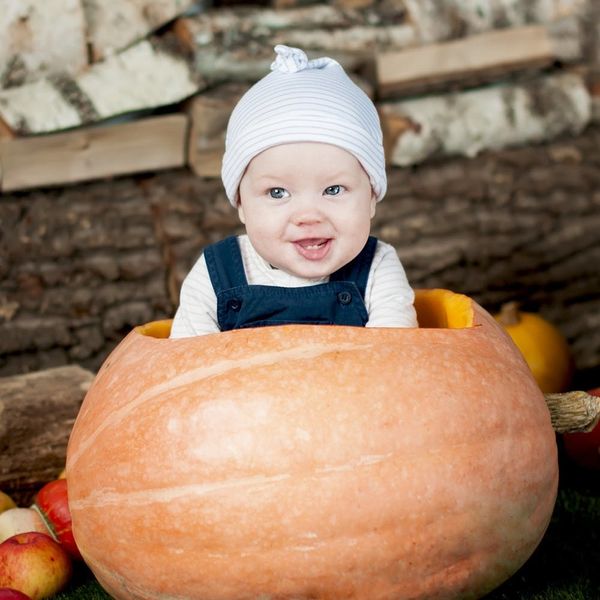 1. Lucy: The wildly popular TV sitcom I Love Lucy premiered on October 15, 1951. Lucy, a name often associated with the star of the show, Lucille “Lucy” Ball, has steadily been rising in popularity. It’s now number 55 in the US, nine in Scotland, and 30 on Nameberry. There’s a lot to love about this timeless English name, which means light.

2. Lennon: John Lennon, singer, songwriter and Beatle, was born on October 9, 1940. John is a timeless name choice, but Lennon may be more appealing to modern parents looking to honor the legendary musician. An Irish surname, Lennon is currently number 609 among popular boys’ names in the US.

3. Eleanor: Eleanor Roosevelt, wife of 32nd President Franklin Delano Roosevelt, was born on October 11, 1884. Roosevelt traveled extensively and dedicated her life to improving the lives of others, earning her the nickname “First Lady of the World.” Eleanor is part of a growing trend of vintage baby names making a strong comeback. Currently number 60 in popularity, Eleanor lends itself to many lovable nicknames, including Ellie and Nell.

4. Orson: Orson is an English surname meaning bear cub. On October 30, 1938, Orson Wells performed “War of the Worlds” on a radio broadcast. Welles’ rendering was so realistic that many listeners believed it was an actual newscast and that we were being invaded by Mars, and panic ensued. Only 53 boys were named Orson last year.

5. Kathryn: On October 11, 1984, Kathryn D. “Kathy” Sullivan was the first American woman to walk in space. Kathryn is a variation of Katherine, meaning pure. Less popular than the spellings Katherine and Catherine, Kathryn is still readily used, and ranks at number 319 in popularity.

6. Henry: American industrialist Henry Ford introduced the Model T automobile in October 1908. One of the most famous antique cars today, the Model T revolutionized transportation. Henry is a German name meaning estate ruler and was used by many monarchs. Currently at number 29, Henry is a well-loved name that is steadily rising in popularity, walking the line between classic and trendy.

7. Rowan: Rowan Blanchard, star of The Disney Channel’s Girl Meets World, celebrates her 14th birthday on October 14. Rowan is an Irish surname meaning little redhead and is also a tree name. Currently number 331 for girls and number 219 for boys, Rowan is one of the unisex baby names rising in popularity for both genders. Brooke Shields used it for her daughter.

8. Leif: October 9 is Leif Erikson Day. Erikson was a Norse explorer believed to be the first European to land in North America. Leif, pronounced LAYF, is a Scandinavian name meaning heir or descendant. Another well-known bearer of this name is 1970s teen idol, Leif Garrett.

9. Theodore: The 26th president of the United States, Theodore Roosevelt, was born October 27, 1858. The popular teddy bear toy was named for Roosevelt, who often went by the nicknames Teddy and TR. Rachel Leigh Cook and Daniel Gilles welcomed a son named Theodore last April. Several other celebrities have also used this classic Greek name for their little ones.

What’s your fave name for your October baby? Share their name with us @BritandCo!

This post was previously published on Nameberry by Megan at Tulipbyanyname.