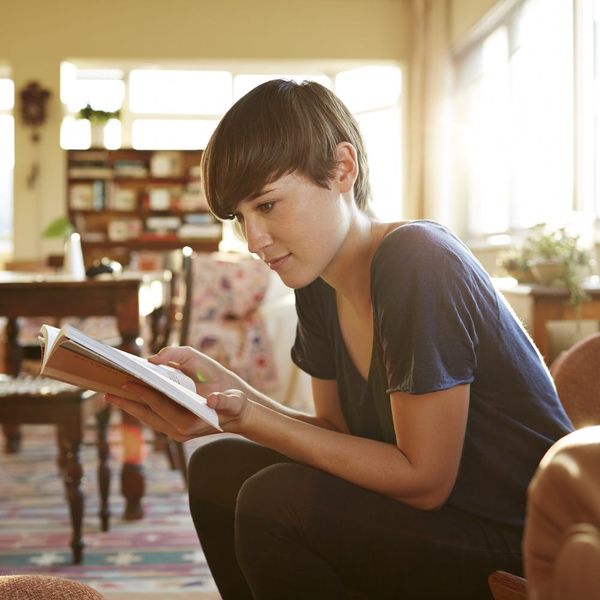 For the gal who reads Christmas books to get in the holiday spirit, there’s nothing more joyful than opening up a new amazing book on Christmas Day (okay, spending time with the fam jam isn’t bad either). Well, if you’re looking for the last few reads to add to your Christmas list, we’ve got you covered. Here are nine new young adult books we can’t wait to curl up with this New Year (hint hint, everyone!).

1. The Odds of Loving Grover Cleveland by Rebekah Crane ($8): Set at a camp for at-risk teens, these four youngsters will have to survive all the drama that comes with sleepaway camp alongside their compulsive lying, manic-depressive, bipolar and anorexic roommates.

2. Crystal Storm by Morgan Rhodes ($13): The final installment in the Falling Kingdoms series, this young adult fantasy is perfect for fans of Game of Thrones. Grab a warm tea and a ginger snap… this epic tale is just waiting to be binge read.

3. Ever the Hunted by Erin Summerill ($11): 17-year-old Britta used to track criminals along with her legendary bounty hunter father — that was until he was murdered by her ex-boyfriend. With vengeance heavy on her heart, Britta sets out on a dangerous quest to find the truth.

4. The Secret of a Heart Note by Stacey Lee ($13): As one of the only aromateurs (AKA aroma-experts) left in the world, this teen protagonist crafts powerful love potions for everyone… except herself. Filled with young romance, relatable teen drama and a touch of magic, this new YA read will definitely take you back to high school.

5. Iceling by Sasha Stephenson ($13): Half heartwarming tale of sisterly love, half sci-fi mystery… this cool new read by rockstar Sasha Stephenson is definitely on our to-read list. Oh, and you’re going to want to pick up a copy for your li’l sis too.

6. Spindle by E.K. Johnston ($11): Inspired by Sleeping Beauty, this new Disney-Hyperion tale is the perfect nostalgia-packed story to read on a lazy Christmas Day (even if you haven’t read the first installment in the series). Seriously, order it NOW!

7. Endgame by James Frey and Nils Johnson-Shelton ($12): In a game where winning means saving humanity, one player must find three keys hidden somewhere on the planet to truly save the world. With only one key left, the final installment of the Endgame trilogy is sure to be explosive. It’s a must-read for fans of The Maze Runner.

8. Elixir Project by Kary Oberbrunner ($14): College is hard enough without being recruited to stop a hacktivist group hell-bent on terrorizing the world. But for Sienna, it’s all part of the gig.

9. Paper Girls Volume Two by Brian K. Vaughan and Cliff Chiang ($9): Featuring Brian K. Vaughan from Saga and the legendary Cliff Chiang from Wonder Woman, this comic series features a #girlsquad that rivals even T-Swift’s. In the second volume of the comic, the pre-teen girls face even more monsters… but don’t worry, they totally have it covered.

Ashley Macey
Ashley Macey is a lifestyle freelance writer who loves all things fitness, wellness, and creativity. When she's not exploring her home in the Pacific Northwest with her dog Max, you'll probably find her curled up with a good book and some hot tea. Follow her daily jaunts on Twitter.
Books
Home News
Books
More From Home News