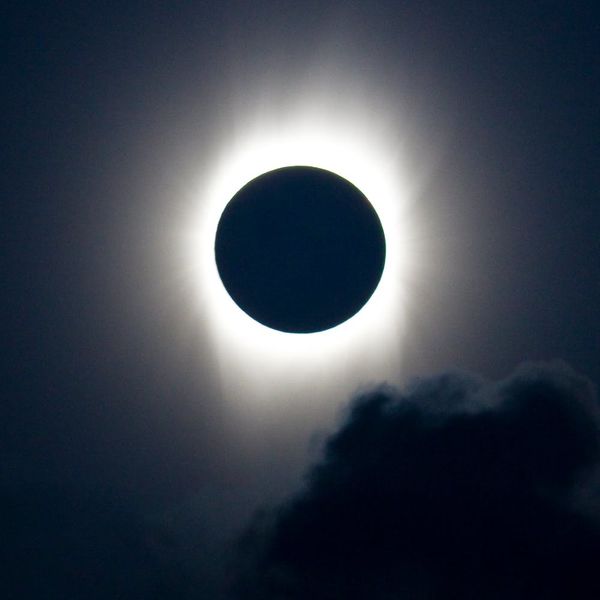 2016 was one heck of a year when it came to stunning celestial events, giving us the Leonid Meteor Shower, Perseid Meteor Shower, Orionid Meteor Shower and a Harvest Moon Eclipse, Strawberry Moon, Super Beaver Moon and (brr!) a Cold Moon. And now 2017 is looking to be just as stellar, with folks nationwide getting the opportunity to see a total solar eclipse, the first time it’s happened from coast-to-coast in nearly 100 years.

According to AJC, the cosmic folks over at NASA say the eclipse “will start on Aug. 21 near Lincoln City, Oregon, around 10:15am PDT. Over the next hour and a half, it will travel across the country, ending around 2:50pm EDT near Charleston, South Carolina. A partial eclipse will be visible before and after those times.”

While scientists will be using this rare opportunity to study the phenomenon, star-gazers from one side of the country to the other will be just as excited to witness such an amazing space-based spectacle. Though NASA reminds us that “it will only be safe to look directly at the sun during the brief period when the moon entirely blocks the star,” and “the only safe way to look directly at the partially eclipsed sun is through a specialized filter.” So while enjoying the show, be sure to protect your peepers, friends!

Check out the super quick video below from NASA to check out “the umbra (black oval), penumbra (concentric shaded ovals) and path of totality (red). This version includes images of the sun, showing its appearance in a number of locations, each oriented to the local horizon.” Or, just enjoy the view!

And now, because we know you’re already singing it in your head (be sure to wait for the dancing dudes in loincloths and flying kid with glowing eyes!)…

Are you excited to check out 2017’s total solar eclipse? Tweet us @BritandCo!