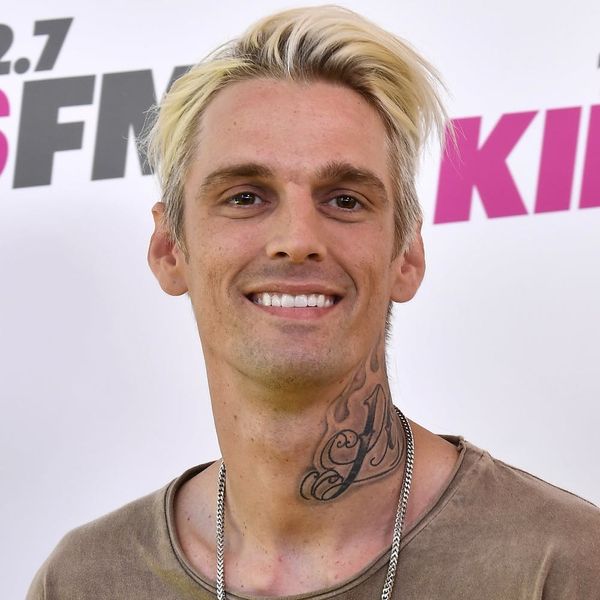 Aaron Carter’s life has been a whirlwind since penning a heartfelt Twitter note about his sexuality this past weekend. Not only was he flooded by support from fans the world over, but news quickly followed that he and his girlfriend, Madison Parker, had split just days before the announcement. Now, the 29-year-old is opening up about both his decision to come out and his breakup in an incredibly honest new interview with The Bert Show.

Opening up to the outlet, Carter revealed that the decision wasn’t a spur-of-the-moment one: far from it. “To be honest, I’ve been thinking about it for many years. I just felt like it was something I needed to do… It was something that I just felt like was important and I needed to say,” he said. “It was a part of a new chapter of turning 30, on December 7 this year.” The pop star says he realized he was bisexual as early as age 12, but added, “It wasn’t until I was about 17 until… there was somebody I had a small relationship with.”

It was his decision to open up about his sexuality that lead to the breakup with his now-ex-girlfriend Parker. “I had discussed it with [her], and she didn’t really understand it and she didn’t want [to]. And that was it! So, we left it mutual and parted ways.”

Though Carter now has to deal with a split on top of the vulnerability he’s faced by coming out, he admits that his fans have been an amazing source of support and were much more accepting than some might assume. “There might be a lot of people who don’t agree with it, but you might be surprised by the people who do. I was shocked — I was blown away. My fans know that I’m a heart-on-the-sleeve kinda guy. That’s the way I am.”

Speaking of wearing his heart on his sleeve, Carter also delved into what his romantic future might have in store. “Whether I choose to be with a woman or a man is my decision. I find men and women attractive and that’s never gonna change.” Hear, hear!

His relationship with his family also seems to be on the upswing, with the “Sooner or Later” singer sounding optimistic about things between himself and his famous big bro, Nick Carter. “It’s hard to get along when you’re both doing the same thing. I have my own fans, Nick has his own fans. We’re good. Nick and I are good. I love my brother, and we’re good. There’s a lot of love there — don’t get it twisted.”

It sounds like things are looking up for the singer in just about every way, and we couldn’t be happier for him. Congrats, Aaron!

What do you think about everything Aaron Carter has experienced around coming out as bisexual? Let us know @BritandCo!

Desiree O
Desirée O is a ‘Professional Bohemian’ who loves anything and everything related to the arts, entertainment, and pop culture. She ADORES being a ‘Newsy’ for Brit + Co, covering all of the latest tidbits of awesomeness that you want to read about. When she’s not writing, she’s either making messy art, going on long adventurous walks with her camera, or poking around over at bohemianizm (http://www.bohemianizm.com/). You can find out about Desirée O and her work at http://DesireeO.com/ or follow her on Twitter @DesireeO.
LGBTQ
Celebrity News
LGBTQ