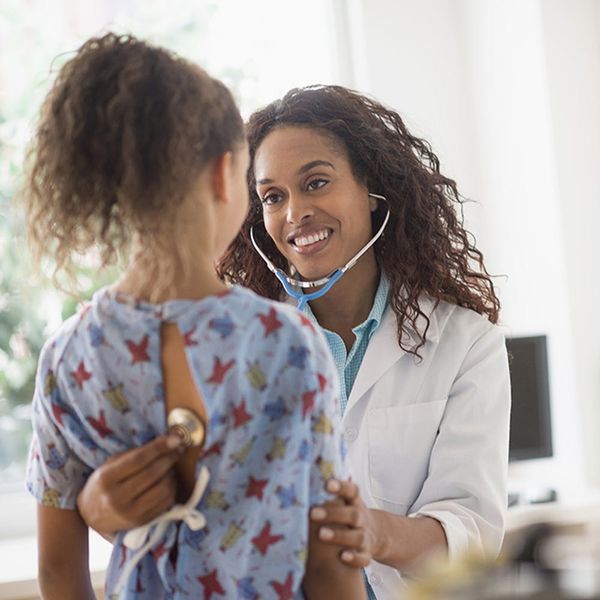 Any former little girls who felt that their brothers or the boys in class got far more attention when they reported being in pain will feel vindicated (and annoyed) by the findings of a new study. Conducted at Yale University, the study found that adults are more likely to believe boys’ expression of pain than girls’. Here are the details, and the potential repercussions.

What the study found

Published in the Journal of Pediatric Psychology in January 2019, this study is a repeat of another study that was published in 2014. In both, researchers showed a group of adults an identical video of a child receiving a finger stick blood test. Half the adults were told the child was a boy, and the other half were told the child was a girl. They were all asked to rate how much pain the child was in, and how far they agreed with certain stereotypes about the levels to which girls and boys experience pain. Adults who believed they were watching a boy rated him as being in more pain than adults who thought the subject was a girl — even though they were watching the same video. When the researchers took into account the self-admitted gender stereotypes, the effect vanished, which suggests it was these stereotypes that caused their responses.

“The findings of this study are fascinating but not necessarily surprising,” says Cordelia Carter, MD, director of the Pediatric Sports Medicine Center at Hassenfeld Children’s Hospital at NYU Langone, who has researched how sex and gender affect health outcomes for young athletes. “I think that how children are taught to act — and how we as adults expect them to act — based upon their perceived gender has far-reaching implications for how we diagnose and manage pain.”

What are the repercussions?

Unfortunately, this bias against women doesn’t end with childhood. “This type of treatment most definitely continues into adulthood,” asserts Talin Evazyan, MD, clinical assistant professor of anesthesiology at the Keck School of Medicine of the University of Southern California, who primarily treats women, particularly those with undiagnosed pelvic pain. “I see a lot of women in my practice who have had pelvic pain and headaches that have gone untreated and undiagnosed for many years because doctors assumed these were a normal experience of the female development, when in fact pain almost always has an organic source and root cause that can be managed or treated. A lot of ‘’female’ diseases are much less represented in the research community, and historically there has been less funding for disease processes that mostly affect females.”

Speaking of people who are left out of research, it’s worth noting that this study focuses on cisgender children identified specifically as male or female: Transgender and non-binary kids face biases that aren’t even being looked at. “There is a real dearth of data on transgender and non-binary children, and we are still figuring out best practices for taking care of this population of patients,” Dr. Carter explains. “I have not personally seen differences in care provided in this setting, but the real challenge is that there aren’t large numbers of children to study. This is likely the subject of active and ongoing research, but I am not aware of existing data on differences in care provided for this population.”

While the results aren’t exactly good news, Dr. Carter says that the fact these two studies happened in the first place shows that researchers are starting to pay more attention to gender disparities in pain treatments. “Seeing more and more studies that critically evaluate gender and sex differences tells me we are getting closer to improving care for all children,” she enthuses. That said, she thinks there is some way to go. ”This is still the beginning of the discussion. The more data we have that demonstrate sex- and gender-based differences in medicine, the easier it will be to marshal a strong argument for physicians to understand that an individual child’s gender may play a role in how he or she is treated, and that the optimal treatment might be different depending on his or her gender.”

Dr. Evazyan echoes this cautious optimism, adding, “Culture takes a long time to catch up to bias.” In terms of the medical community specifically, she says, “Empathy for all is implicit in the altruistic goals of the physician in training.” Doctors sometimes need to consider a person’s sex or gender when looking for the best way to treat them — but empathy should always be a part of treatment. However, she also acknowledges that, “As far as looking inward to our own bias in training, I would say the medical community could do a better job of discussing this and how it affects patient care.”

In the meantime, there are tools everyone can use to check their biases. “There is a terrific website called Project Implicit [run by Harvard University] that allows any individual to evaluate his or her implicit bias about all sorts of different patient or person-specific factors, including sex and gender,” Dr. Carter recommends. And in medicine, in particular, she says, “Many medical societies have committees dedicated to educating their members about the importance of diversity and understanding and addressing implicit biases because we know that this will allow us to take better care of our patients.” We’re not exactly happy to hear that girls really are believed less than boys when it comes to something as important as pain, but having studies explicitly identify cases of discrimination will hopefully make people within and outside the medical community more aware of how their perception of other people’s genders might affect the way they treat them.

Did this study confirm your suspicions? Share your response with us @BritandCo.