9 African Safaris That Are Worthy of a Royal Honeymoon 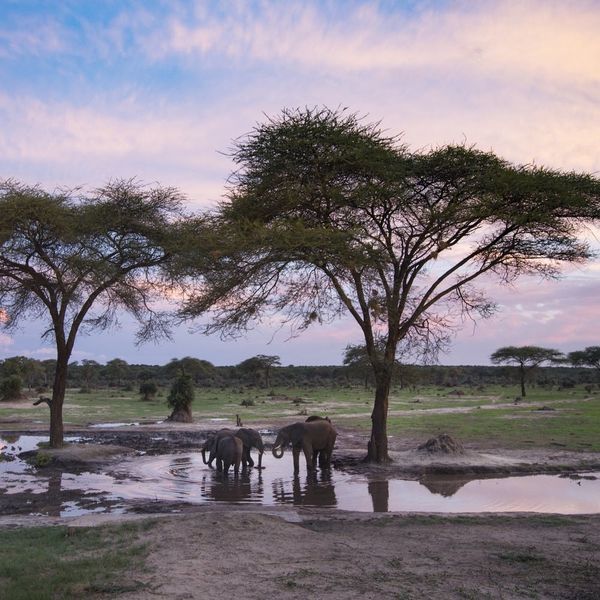 We’re still basking in the glow of the royal wedding — the celeb guests, the gorgeous wedding dress, that secondreception dress, her hair, the official portraits! — but we can still look forward to seeing which romantic destination(s) the newlyweds are headed for their upcoming honeymoon.

The odds are in favor of a trip to Africa, especially since they both have much love for the continent. Prince Harry considers Africa, and especially Botswana, his second home. “I have this sense of complete relaxation and normality [here],” he told Town and Country. “To lose myself in the bush … this is where I feel more like myself than anywhere else in the world.” Markle’s engagement ring features a conflict-free diamond from Botswana, where the couple took their first big trip together, and last year, Prince Harry became the patron of Rhino Conservation Botswana. But there are plenty of royal-worthy (and incredibly romantic) locations in Africa to visit; here are just nine options for the new Duke and Duchess of Sussex.

1. Hoanib Valley Camp, Namibia: Those in the celebrity travel prediction game have put their metaphorical money on the Hoanib Valley Camp nestled in north-western Namibia as the place that the royal couple will honeymoon. This six-room camp has partnered with the only Africa-wide giraffe conservation organization, and there is a lot of wildlife — including elephants and endangered rhino— living in the surrounding desert, dunes, and mountains. (Photo via Hoanib Valley Camp )

3. Meno a Kwena, Botswana: Since Botswana has played a significant part in the couple’s life, the country is on the top of the list of potential destinations. While there, the two could return to an old favorite like Meno a Kwena. Harry has stayed at this intimate camp on several occasions, including a romantic getaway with Markle last year for her 36th birthday. The nine-tent camp is perched on a rocky clifftop above the Boteti River, providing a perfect vantage point to spot herds of elephants and dazzles of native zebras. (Photo via Meno a Kwena)

4. Little Kulala, Namibia: The Duke and Duchess may want to head to somewhere less expected such as Little Kulala. The luxurious desert retreat, located in the private Kulala Wilderness Reserve and adjacent to Namibia’s Sand Sea, boasts towering dunes and stellar starry skies. Each of the 11 thatched cabins blend in with the desert landscape and feature a private plunge pool, indoor and outdoor showers, and a rooftop bed for star gazing. (Photo via Little Kulala)

5. Lewa Safari Camp, Kenya: If Prince Harry consults with his brother on possible honeymoon spots, Prince William may suggest the Lewa Safari Camp, the classic camp where he proposed to Kate Middleton. The 12-tent camp has amazing views of Mount Kenya, a stunning array of wildlife experiences, and one of the country’s most successful wildlife conservancies. It’s also home to 10 percent of Kenya’s black rhino population, which is one of Prince Harry’s causes. (Photo via Lewa Safari Camp)

6. Zarafa Camp, Botswana: This intimate lodge, located in the private 320,000-acre Selinda Reserve, was founded by former National Geographic filmmakers. There are only four tents in the camp, which is located on the bank of the Zibadianja Lagoon teeming with hippos, big cats, wild dogs, and more wildlife. To kick it up a notch, the royals could book the Zarafa Dhow Suite, a very private 2,260-square-foot villa with its own swimming pool, indoor and outdoor showers, and an ultra copper claw foot bath. (Photo via Zarafa Camp)

7. San Camp, Botswana: Prince Harry and Markle might want to forgo the fancier camps and go with a more minimalist choice such as San Camp. The romantic, seven-bedroom camp sits on the edge of the Nwetwe Pan in Botswana’s Makgadikgadi. The free-standing canvas tents are spread out along the sparse landscape, designed to celebrate the “nothingness” of the area. This would be an ideal, quiet place to avoid the ever watchful public eye.

9. Bisate Lodge, Rwanda: Rwanda may be a surprise destination of choice, but Markle spent time there in her role as World Vision Global Ambassador and helped bring clean water to almost 60,000 people. The area offers unforgettable gorilla-trekking experiences with several luxe lodging options such as the Bisate Lodge. The Bisate’s rustic Rwandan-style thatched villas are dramatically located among 67 acres of lush forests and volcanoes. (Photos via Bisate Lodge)

Which safari destination would you most want to visit? Let us know know @BritandCo and tag us in your travels on Instagram.

Sunny Chanel
Sunny Chanel is a freelance writer as well as the founder of the whimsical site Wonder and Company. When this proud San Franciscan isn't writing, working on her fixer-upper or doing crafts, she is playing dress up with daughter and planning her next trip to Disneyland.
Royal Wedding
Travel
Royal Wedding Travel Vacation
More From Travel