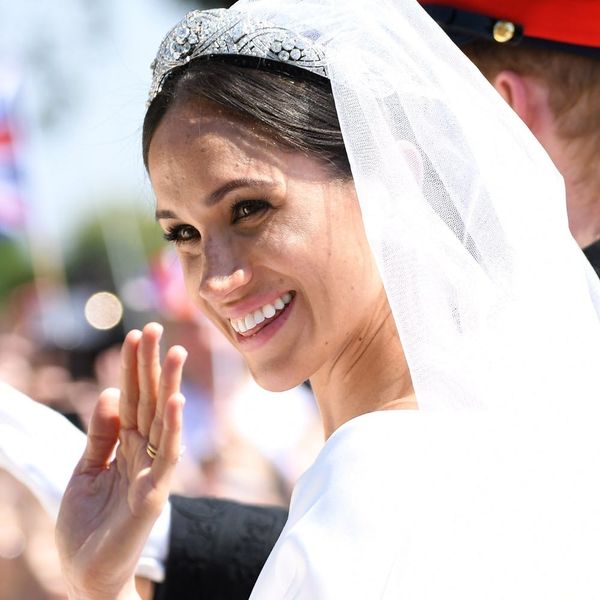 Though the royal wedding is over, we’re still obsessing over every detail about Meghan Markle’s wedding day style. Her stunning dress by Clare Waight Keller made her look like a real-life Disney princess, but every detail of her glam captured her signature effortless, California cool girl vibe, down to her unfussy, elegant messy bun. Beauty mavens know that even an “undone” look may take hours to create… that is, unless you’re Markle’s stylist, who created the most important hairdo of her life in under an hour.

If you thought that the most famous bride in the world spent most of her morning sitting in the stylist’s chair, think again — the newly minted Duchess of Sussex rocked a hairstyle that came together in less time than your average workout class.

Stylist Serge Normant created the effortlessly timeless look, detailing the process to the Daily Mail. Of the look, Normant explained, “We had to blow dry it from wet, I would say 45 minutes to an hour. Then they did the make-up and then you fiddle around with it a little bit. But it’s not that long.”

He added, “I always tend to try and go as fast as I can at these events. Nobody wants to sit around.” Of course, the messy bun has become Markle’s signature style, though she has caused controversy by wearing the look at public appearances, seemingly breaking unspoken royal style rules.

The pair had one hair trial the week of the wedding, he told People, saying, “We knew what we wanted to do. We wanted something that was effortless and really timeless — as long as it didn’t look contrived.” Taking inspiration from Audrey Hepburn, he said, “I didn’t want to do anything set in a time frame — too much volume — that would look retro, I just wanted a loose and easy look, which is why we chose that loose bun.”

Of their morning together, the French-born stylist says there was no fuss or frenzy, revealing, “We woke up early, had a little coffee and then just went on. It was all smiles, it was just one of those dreamy moments. It was the easiest process in the world.”

And if Markle had any pre-wedding day jitters, Normant says she certainly didn’t show it. “No nerves. If there were there, they didn’t show,” he said. “She was very happy, very excited.”

What did you think of Meghan’s chic, unfussy wedding day hair? Share over @BritandCo.

Arielle Tschinkel
Arielle Tschinkel is a pop culture junkie who went to NYU because the Olsen twins went to NYU (really). She is a freelance writer whose work has also been featured on HelloGiggles, Refinery29, SheKnows, Bustle, Hollywood.com, and many others; and she's living her dream one Britney Spears GIF at a time. Follow her on Twitter @mrstschinkel or visit her website at arielletschinkel.com.
Celebrity Beauty
Beauty News
Celebrity Beauty Celebrity Hair Celebrity Style Celebrity Wedding Royal Family Royal Wedding Wedding Style