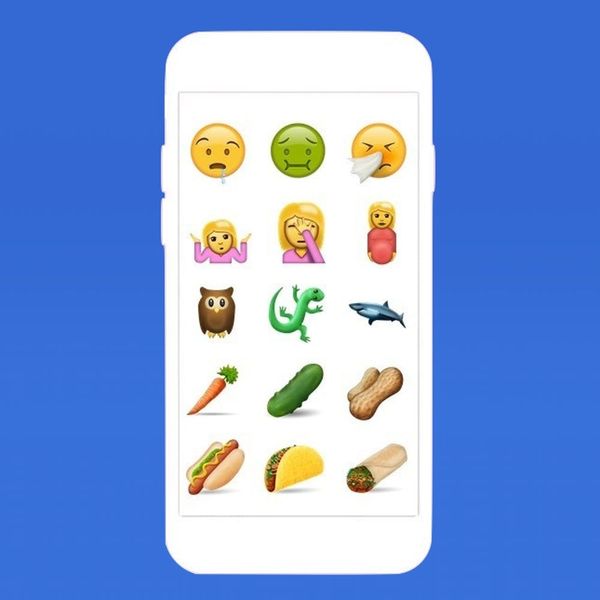 Hey, guys: Remember those really cool 72 new emoji we just told you about? Well, we now have confirmation that they’ll be arriving in our phones by the end of the month. YES! That means that by June 30, we will all be sending each other burritos, avocados and champagne glasses cheers-ing.

Although we aren’t sure when exactly the emoji will land, the Unicode consortium (rulers of the emoji world) said it should be sooner rather than later. The 72 emoji are set, and they “should appear on smart phones and other devices that support emoji once vendors have a chance to update them.” Rest assured: We will let you know as soon as they are available to use.

The new emoji include some that we feel like we’ve been waiting our whole lives for. Within the new “human” section of emoji will be a facepalm (FINALLY), selfie-taker, sneezing face, shruggie and crossed fingers. With the new roll out, the emoji are becoming increasingly gender-inclusive. This version includes the counterparts to the princess and Santa Claus (a prince and Mrs. Claus), and Unicode says that they are working on making all human emoji gender-inclusive for the next set.

Which emoji are you most looking forward to using? Let us know @BritandCo!

Cailey Rizzo
Cailey is a junkie for all things pop culture. She studied journalism and English literature at SUNY Purchase, then continued studying French cinema and literature at Paris IV Sorbonne. She currently lives in New York where she can often be found singing '70s music at karaoke bars.
Emoji
Tech
Emoji iPhone
More From Tech