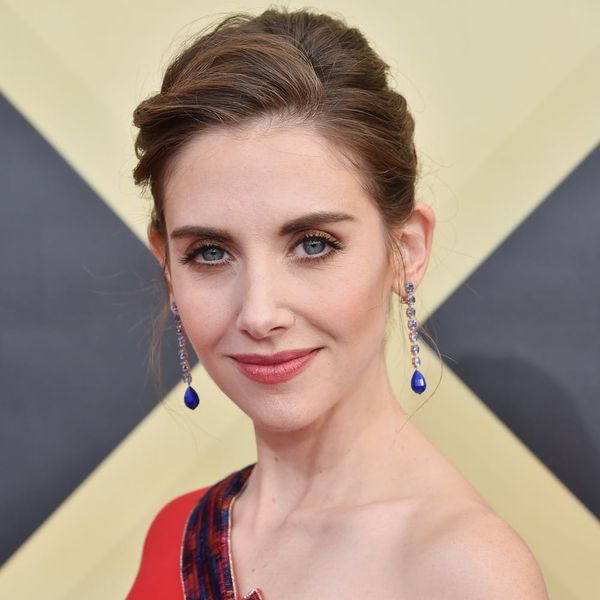 Alison Brie took a moment to address the allegations against brother-in-law James Franco at the 2018 SAG Awards on Sunday, telling E! red carpet host Giuliana Rancic that “now is the time for listening.”

Rancic asked the GLOW star about the recent headlines involving Franco, noting Brie’s support of the #TimesUp movement. “We spoke a little bit about the Time’s Up movement at the Golden Globes,” Rancic began. “I know you’re a supporter of the movement, as am I, and so much of the movement has to do with transparency. And as you know, your family and your brother-in-law has been in the news recently. What are your thoughts on that, and what can you share with us in terms of how that’s affecting you and your family?”

Brie, who is married to Franco’s brother Dave, spoke slowly, replying, “I think that, above all, what we’ve always said is that it remains vital that anyone who feels victimized should — and, you know, does — have the right to speak out and come forward. I obviously support my family, and not everything that’s been reported is fully accurate, so I think we’re waiting to get all the information. But of course, now is the time for listening, and that’s what we’re all trying to do.”

The allegations against Franco surfaced (or in some cases, resurfaced) after he wore a Time’s Up pin to the Golden Globes, where he won best actor in a musical or comedy for The Disaster Artist. Following his win, several people called him out on Twitter for his alleged treatment of women. And later that week, the Los Angeles Times published a report alleging that he behaved inappropriately toward multiple former acting students.

Franco’s attorney disputed the allegations. The actor himself has not addressed them directly, but he previously spoke to the tweets about his behavior during an interview with Stephen Colbert on The Late Show. “The things that I heard that were on Twitter are not accurate. But I completely support people coming out and being able to have a voice, because they didn’t have a voice for so long, so I don’t want to shut them down in any way. I think it’s a good thing, and I support it,” he said at the time.

Pressed to elaborate, he added, “The way I live my life, I can’t live — if there’s restitution to be made, I will… I will make it. So if I’ve done something wrong, I will fix it. I have to. I mean, I think that’s how that works. I don’t know what else to do. … I’m here to listen and learn and change my perspective where it’s off.”