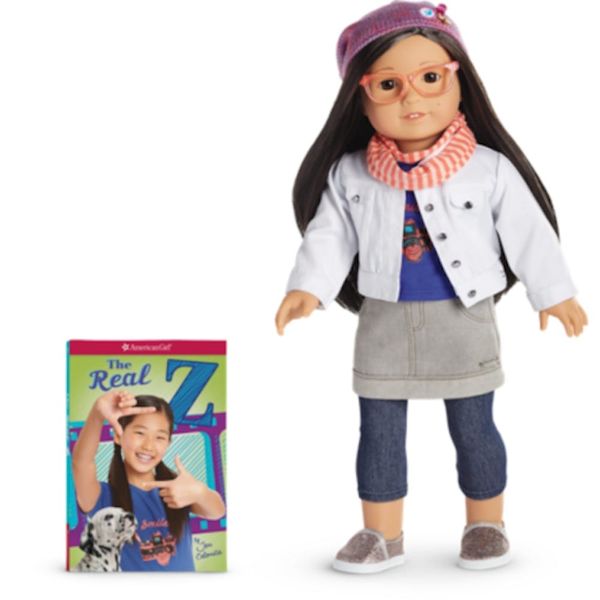 American Girl has been making some pretty big strides when it comes to inclusivity as of late: Not only did it add a long-awaited Civil Rights doll named Melody Ellison, but it also introduced its very first boy doll, Logan Everett, earlier this year.

Now, the company is making history once more with yet another new addition: Its very first Korean doll. Named Z (short for Suzie) Yang, the company’s latest member hails from Seattle and is described as an aspiring filmmaker who is “taking a shot at her dream” by entering a documentary film contest. Once there, she’ll have to remember why she’s doing it to keep her focus and potentially win big.

Fans of the American Girl YouTube channel will recognize her from its stop-motion Z’s Crew web series, which boasts more than three millions views per month.

Not only is Yang the company’s first Korean-American doll, but she’s also its first doll of Asian descent, since its Chinese-American doll, Ivy Ling, was discontinued.

And, come June 9, you can get even more of your Z fix with an Amazon special titled An American Girl Story: Summer Camp Friends for Life set to star our new heroine.

What do you think of American Girl’s latest debut? Share over @BritandCo.

Nicole Briese
Nicole is the weekend editor for Brit + Co who loves bringing you all the latest buzz. When she's not busy typing away into the wee hours, you can usually find her canoodling with her fur babies, rooting around in a bookstore, or rocking out at a concert of some sort (Guns N' Roses forever!). Check out all her latest musings and past work at nicolebjean.com.
toys
Pop Culture
toys