American Girl Is Finally Getting an American Boy Doll 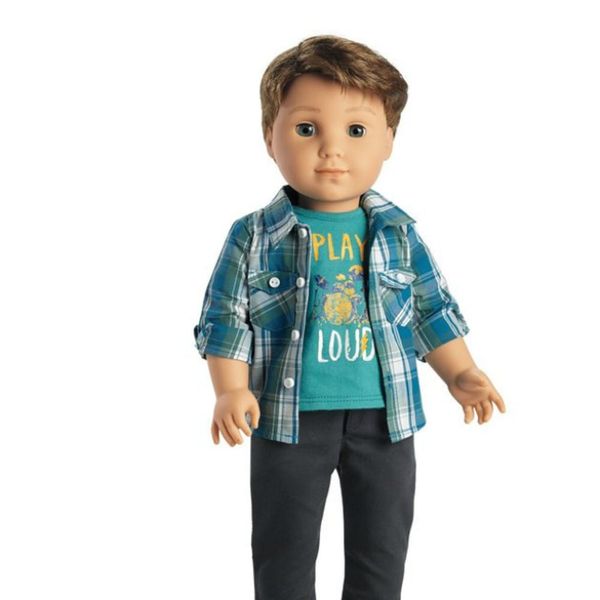 It seems like in the last year or so, most toy companies have finally gotten on board with more variety in their offerings. Lammily, the body-positive doll for girls, came out with a boy version last year, and the ubiquitous Barbie had a major overhaul, adding different clothing options and body types to their roster in 2016. Now, the high-end American Girl is finally adding full-sized boys to their collection of toys.

Meet Logan Everett, the first ever 18-inch boy in the American Girl series. The character is a drummer in a band from Nashville, alongside another new doll named Tenney Grant. While American Girl has had a twin set from their Bitty Dolls line that featured a boy and girl baby, this is the first time the company is offering a standalone doll that’s a boy.

In recent years, the company has worked to diversify its offerings, having dolls of different races and backgrounds, as well as disabled dolls. The company’s PR Director, Julie Parks, said that they strive to provide more experiences, more diversity and more interests for kids. “Adding a boy to our lineup has been a number one request for a very, very, very long time,” she said.

Logan, Tenney and the other new American Girls will be available this week, and in April, they will be releasing a Korean-American doll. A Hawaiian character will also be released, named Nanea, and long-time AG fans will notice that the company went into its back catalog for 2017, re-releasing their revolutionary war doll, Felicity.

Considering many parents have hacked AG dolls in the past in order for there to be male characters, it’s high time the company started producing more boys for their lineup. Hopefully, they’ll move faster on getting these diverse characters and their stories out.

Did you have an American Girl doll growing up? Tell us about her @BritandCo!

Kat Armstrong
Kat has been a writer, social media maven and mom for longer than she's willing to admit. She's also spent time in front of and behind the camera, interviewing celebs, politicians and acting as a producer for fashion and artistic photography shoots. When she isn't writing for various orgs and publications, she's hanging with her kids, husband and French Bulldog, Peter, in Toronto, Canada.
Parenting
Pop Culture
Parenting toys