Say Goodbye to Your Watch, Google Just Launched the Best Smartwatch Yet 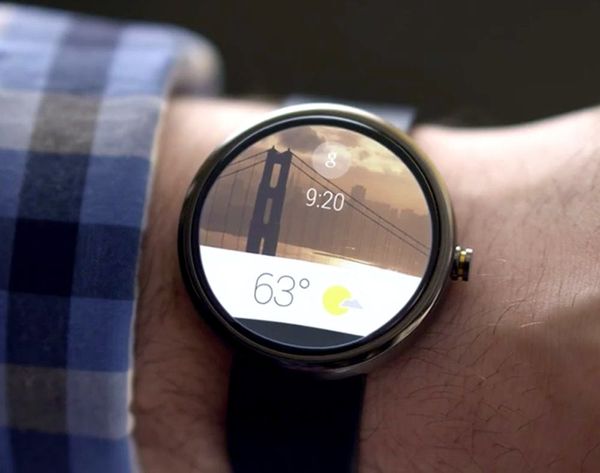 Time flies. Like, when you’re having fun or watching House of Cards or when you throw your old boring watch out the window, which is what you might do now that Google just revealed A+ smartwatches at the top of their class. Oo, there goes your iPhone too. These bad boys are called Android Wear for a reason :’(

Google’s new wearables are not meant to look like Marty McFly from the future gadgets, they’re just supposed to look like real watches. Good idea, huh? More importantly, Android Wear is a platform made to fold seamlessly into your busy life full of multitasking and multiple hat wearing. These add-ons ain’t meant to bulk, but to streamline your life giving you necessary info in real-time. Let’s see just how helpful Android Wear would be in your day-to-day:

You’re at the beach ready to surf with friends, it knows where you are and sends you a jellyfish warning. Buzzkill — but wait!

It shows you which nearby beach to go to instead. Thanks, brah.

You’re sipping your morning Joe and you look down to see how long your drive to work will be today. No traffic? Sweeeeet!

You’re running through the airport to get to your gate and (fitness tracker alert!) you find out how many calories you burned and then pull up your boarding pass. You raise your fists like the 53-calorie burning champ that you are.

You’re running a liiiitle late with an important piece of the party you’re heading to. Your friend wants to know your ETA and you say, “OK, Google reply ‘totes almost there’” and boom. Steph can chill. Cake is on its way.

Oh, are you dancing? It knew that. And wants to help you figure out what song you’re swaying to.

And of course, you know Android Wear is going to be all hooked up to the apps and gadgets that are already working ‘round the clock to make your home smart. In fact, many of the apps in the Android system will work on your wrist once the wearables launch and the platform is open to developers right now to expand on them.

Yes, maybe we’re sipping (/chugging) the Kool-aid that the preview video is serving up but Android Wear finally looks like a wearable we can’t live without as opposed to one that, um, sure, yeah we could probably find a use for. In terms of tech Google is already outfitting us in, a subtle smartwatch is a much more palatable wearable than, say, oh, I don’t know, a pair of specs with bulky hardware that has been basically tearing the city of SF in two. Instead, this looks like a wearable your friends will see and want to know more about. And want to wear.

What do you think of Android Wear? Have you gotten your wearables on yet?

Lisa Raphael
In her past professional lives, Lisa has served the masses as the Editorial Director at Brit + Co, Bieber Whisperer at J-14, Golden Girls Fan Club Prez at Lifetime and Talk Show Host Understudy to Katie Couric. Now, she's taking on the sports world at The Relish, teaching Hairography 101 in her spare time and will forever be trying to fill the hole Zayn Malik left in her heart.
Google
Tech
Google Wearable Tech
More From Tech