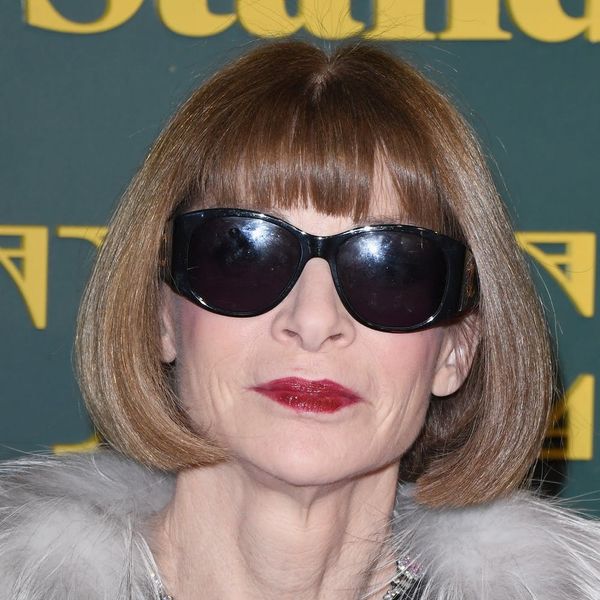 In the past few months, victims of sexual assault and harassment have come forward to share their stories of abuse not only in the realms of entertainment, media, and politics, but in the fashion industry, as well. Now, in the wake of recent sexual misconduct allegations against such renowned style photographers as Mario Testino, Bruce Weber, and Terry Richardson, Vogue‘s Editor in Chief and Condé Nast Artistic Director, Anna Wintour, is revealing how her outlets are planning to safeguard models and crew members against future incidents.

Over the weekend, The New York Times published a report accusing photographers Mario Testino and Bruce Weber of sexual misconduct against dozens of male models throughout their lengthy careers. Both men have since denied the allegations.

Still, the media mogul was quick to address the reports, taking to Vogue‘s website to say that the brand would not be working with either photographer for the foreseeable future.

“Both are personal friends of mine who have made extraordinary contributions to Vogue and many other titles at Condé Nast over the years, and both have issued objections or denials to what has emerged,” she said. “I believe strongly in the value of remorse and forgiveness, but I take the allegations very seriously, and we at Condé Nast have decided to put our working relationship with both photographers on hold for the foreseeable future.”

In addition, the 68-year-old also unveiled a “new Code of Conduct” for Condé Nast to help readers “understand how we can create safe and positive environments for everyone we work with.”

Among the new guidelines set forth by the code is a new age requirement. According to the site, “All models appearing in fashion shoots commissioned by Condé Nast must be 18 years of age or older. The only exceptions will be those appearing as themselves as part of a profile, news story, or similar content, and they will be required to have a chaperone on set at all times.”

That means fashion darlings such as Kaia Gerber, 16, will have to wait a few years to continue following in supermodel mom Cindy Crawford’s fashionable footsteps of sartorial domination — at least on the pages of Condé Nast properties.

I MUST BE DREAMING. to @vogueparis and everyone who made this cover possible... THANK YOU! 💥 and to @emmanuellealt and @davidsimsofficial, you made me the happiest girl in the world. 🤗 SO MUCH LOVE

To further protect models from coercion or discomfort with the subject nature of shoots, the guidelines also detail that “any shoot involving nudity, sheer clothing, lingerie, swimwear, simulated drug or alcohol use, or sexually suggestive poses must be approved in advance by the subject.”

In addition, the publishing giant will no longer allow alcohol or recreational drugs on sets going forward, nor will photographers be permitted to use Condé Nast spaces for personal projects, with Wintour noting that she takes all allegations “very seriously.”

“Even as we stand with victims of abuse and misconduct, we must also hold a mirror up to ourselves — and ask if we are doing our utmost to protect those we work with so that unacceptable conduct never happens on our watch. Sometimes that means addressing the fact that such behavior can occur close to home.”

What do you think about Wintour’s response? Tweet us @BritandCo!

Arielle Tschinkel
Arielle Tschinkel is a pop culture junkie who went to NYU because the Olsen twins went to NYU (really). She is a freelance writer whose work has also been featured on HelloGiggles, Refinery29, SheKnows, Bustle, Hollywood.com, and many others; and she's living her dream one Britney Spears GIF at a time. Follow her on Twitter @mrstschinkel or visit her website at arielletschinkel.com.
Controversy
Style News
Controversy Style
More From Style News