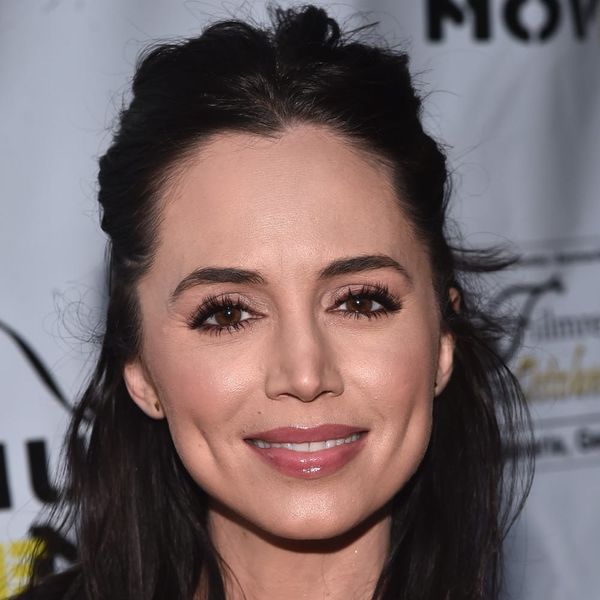 Eliza Dushku is the latest voice to join in the growing Hollywood chorus sharing stories of sexual misconduct: The Eloise actress accused stuntman Joel Kramer of sexually assaulting her on the set of True Lies at just 12 years old.

The 37-year-old shared her story in a lengthy Facebook post. “When I was 12 years old, while filming True Lies, I was sexually molested by Joel Kramer, one of Hollywood’s leading stunt coordinators,” she wrote. “Ever since, I have struggled with how and when to disclose this, if ever. At the time, I shared what happened to me with my parents, two adult friends, and one of my older brothers. No one seemed ready to confront the taboo subject then, nor was I. I am grateful to the women and men who have gone before me in recent months. The ever-growing list of sexual abuse and harassment victims who have spoken out with their truths have finally given me the ability to speak out. It has been indescribably exhausting, bottling this up inside me for years.”

Dushku went on to allege that Kramer, who was 36 at the time, lured her to a hotel room with promises to take her for a swim at the stunt crew’s hotel pool before sexually assaulting her.

The RL Faith from Buffy the Vampire Slayer says that the stuntman was cold to her afterward. She also alleges that when an adult friend confronted him on set about the matter, Dushku found herself injured, breaking ribs while performing a stunt for which Kramer had rigged the wires and harnesses.

The newly engaged star questioned the actions — or lack thereof — of fellow cast and crew members in her post, asking, “Why didn’t an adult on set find his predatory advances strange — that over-the-top special attention he gave me?”

She closed by saying, “Hollywood has been very good to me in many ways. Nevertheless, Hollywood has also failed to protect me, a child actress… I hope that speaking out will help other victims and protect against their future abuse. With every person that speaks out, every banner that drops down onto my iPhone screen disclosing similar stories/truths, my resolve strengthens. Sharing these words, finally calling my abuser out publicly by name brings the start of a new calm.”

Kramer has since denied the claims, saying, “This is all vile lies. I never molested this young woman, ever.”

He also denied any claims of negligence for her safety on set, saying, “When you harness someone you can get bumps and bruises… I don’t remember her breaking any ribs.”

The film’s director, James Cameron, has also weighed in on the topic, saying, “Obviously, Eliza is very brave for speaking up and I think all the women who are speaking up and calling for a reckoning now… It’s just heartbreaking that it happened to her. And I know the other party. Not well, he hasn’t worked for me since then. But the fact that this was happening right under our noses and we didn’t know about it, I think going forward, it’s important for all industries, certainly Hollywood, to create a safe avenue for people to speak up. That they feel safe, and that anyone who might be a predator or an abuser knows the mechanism is there and it’s encouraged and that there is no shame around it and that there will be consequences.”

As for Dushku, Cameron says had he known about the alleged incident, “There would have been no mercy. I have daughters. There really would be no mercy now.”