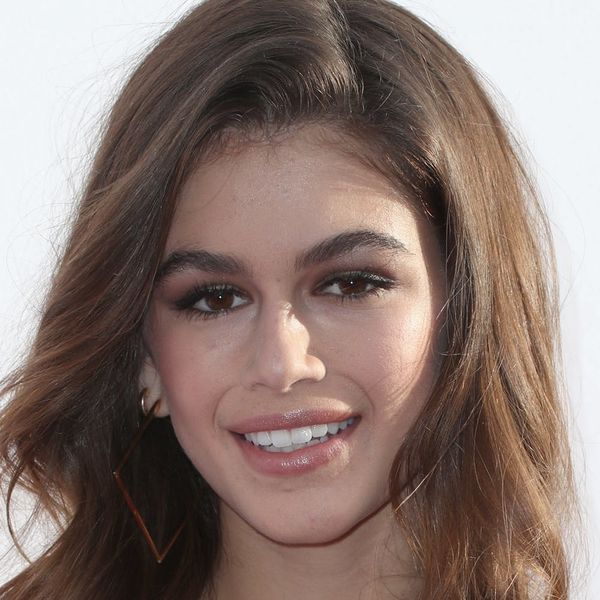 No, you’re not seeing double: That mini-version of Cindy Crawford who just walked the runway at New York Fashion Week is none other than her daughter, Kaia Gerber, and she’s following in her mom’s super-chic footsteps one heel at a time. Gerber made her runway debut last night at the presentation for Raf Simon’s Spring 2018 collection for Calvin Klein.

Gerber, 16, has already posed for glossies like Teen Vogue and LOVE, and she’s appeared on the cover of Vogue Paris with her supermodel mama, but taking the catwalk during fashion’s biggest event is a whole other milestone on its own. After storming the runway, she shared her disbelief via Instagram. “CALVIN KLEIN! there are no words to describe how I feel, I love you endlessly Raf!,” she captioned a pic.

Now that Gerber (dad is Rande Gerber) has made her debut, we still cannot believe how much she and Crawford look alike. Just peep Crawford, now 51, on the runway at the Isaac Mizrahi show in 1994.

What do you think of Kaia Gerber’s runway debut? Tweet us @BritandCo!

Arielle Tschinkel
Arielle Tschinkel is a pop culture junkie who went to NYU because the Olsen twins went to NYU (really). She is a freelance writer whose work has also been featured on HelloGiggles, Refinery29, SheKnows, Bustle, Hollywood.com, and many others; and she's living her dream one Britney Spears GIF at a time. Follow her on Twitter @mrstschinkel or visit her website at arielletschinkel.com.
Celeb Style