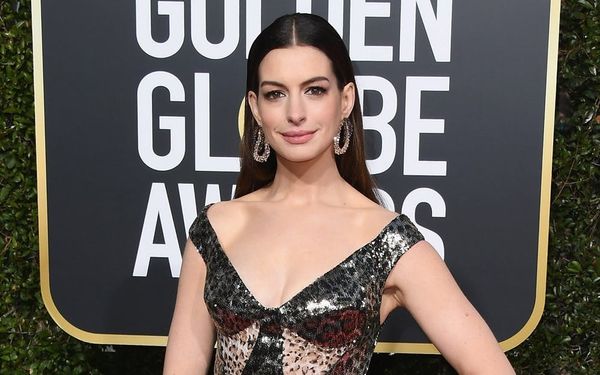 It’s been a while since we’ve heard anything about the long-rumored potential Princess Diaries 3 movie, but Anne Hathaway just announced an update that makes us think it might be closer to happening than we realized.

Hathaway, who starred as Mia Thermopolis in the first two films, couldn’t help but point out some excited fan reactions in the studio audience, saying that the cast is just as enthusiastic about the project.

“It’s just, we don’t want to do it unless it’s perfect, because we love it just as much as you guys love it,” the Serenity star continued. “It’s as important to us as it is to you, and we don’t want to deliver anything until it’s ready. But we’re working on it.”

The possibility of a third film in the beloved franchise first surfaced in 2016. The original director, Garry Marshall, told People that Hathaway, who was pregnant at the time, was committed to making the movie happen after taking some time off to have her baby.

Sadly, Marshall passed away a short time later from complications of pneumonia after suffering a stroke.

In March 2017, Julie Andrews, AKA Mia’s estranged royal grandmother, Queen Clarisse Renaldi, told Buzzfeed that a third film would be a fitting tribute to their late director and friend. “I would very willingly and happily do it,” she said. “I think we might do it in honor of him.”

Mandy Moore, who played popular mean girl Lana, told Cosmopolitan in 2017 that she would be down for her character Lana to make a cameo — and to make amends. “She was insecure, going through a difficult time in her life, and [has now] reflected on why that wasn’t okay,” she said. “Maybe she could … apologize for being a bully when she was younger.”

Would you like to see a Princess Diaries 3? Let us know @BritandCo!