Ariana Grande on How 2018 Empowered Her: ‘There’s Not Much I’m Afraid of Anymore’ 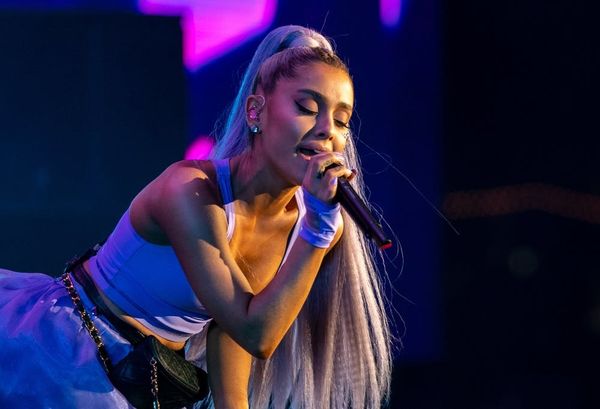 Ariana Grande has been named Billboard‘s 2018 Woman of the Year, and in a new interview with the outlet, the singer got emotional as she reflected on her difficult personal year and how it changed her perspective on life in an empowering way.

“I guess there’s not much I’m afraid of anymore,” Grande said after tearing up while talking about her life and career. “When life tries you with such serious sh-t so many times, your priorities change. I don’t give a sh-t. I just want to be happy and healthy — one day — and make music.”

Grande has certainly been through a trying personal period. In May 2017, when she seemed to be riding an all-time career high, a suicide bomber killed 23 people at the Manchester, UK, stop of her Dangerous Woman world tour. Six months later, the “No Tears Left to Cry” singer split from her longtime boyfriend Mac Miller. Then, in September of this year, the rapper, with whom Grande had remained close, died of an accidental overdose. And in October, Grande’s very public and whirlwind engagement to new boyfriend Pete Davidson ended.

While Grande has not spoken to the media much about her personal life, she has documented her relationships (and breakups) on social media and in song, particularly in her latest surprise smash hit single, “thank u, next.” In other words, Grande has decided to do things on her own terms — which, as she told Billboard, has been something of a silver lining amid all of the emotional hardship.

“I don’t want to do what people tell me to do, I don’t want to conform to the pop star agenda,” she said, once again tearing up. “I want to do it on my own terms from now on. … I want to be able to do what is authentic and honest and natural. It’s the only way that I’ve been able to survive.”

Do you relate to Ariana Grande’s newfound perspective? Let us know @BritandCo.