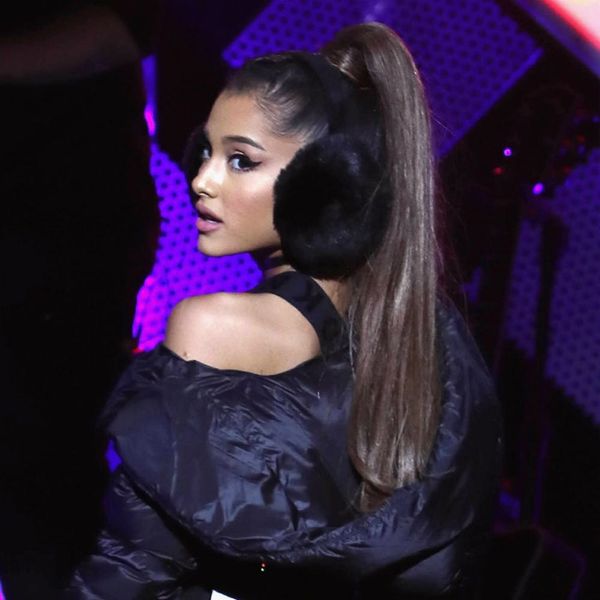 Usually, we get amazing stories of celebrity encounters with their fans, like how Tom Hanks recently sent a fan an amazing gift. Sometimes, there are rumors of how badly celebs treat their fans, but those are generally few and far between. What we hear less about is when fans accost their favorite singers or actors, mostly because celebs don’t want to seem ungrateful. That being said, sometimes it’s important for them to speak up, because it’s totally unfair when people go on the attack against celebs when they’re just trying to go about their day-to-day lives. Singer Ariana Grande spoke up this weekend after being harassed, and the story is not ok.

While out with boyfriend, rapper Mac Miller, Grande was accosted by a “fan,” who, according to a lengthy Twitter post, degraded her to a “piece of meat” that was there solely for her boyfriend’s physical pleasure and not as an “adult woman in a relationship.” What bothered the singer the most was that although she was standing right there, the “fan” continued to talk about her as if she was just there for men to enjoy.

Grande feels it’s important to speak out about this kind of abuse in order to de-normalize this type of behavior when it comes to talking about women. In her post, she says, “We need to share and be vocal when something makes us feel uncomfortable, because if we don’t, it will just continue.” She goes on to remind people (again) that women are not objects but are “QUEENS.”

What we find most scary about this encounter is that Grande starts off by saying that this “fan” almost got into the car with her and Miller. Why anyone feels like another person owes it to them to listen to their ramblings is beyond us. We should continue to speak out against this kind of behavior and remember that celebrities are allowed to get takeout without being sexually harassed.

Tell us how you’ve fought back against sexist harassment @BritandCo!