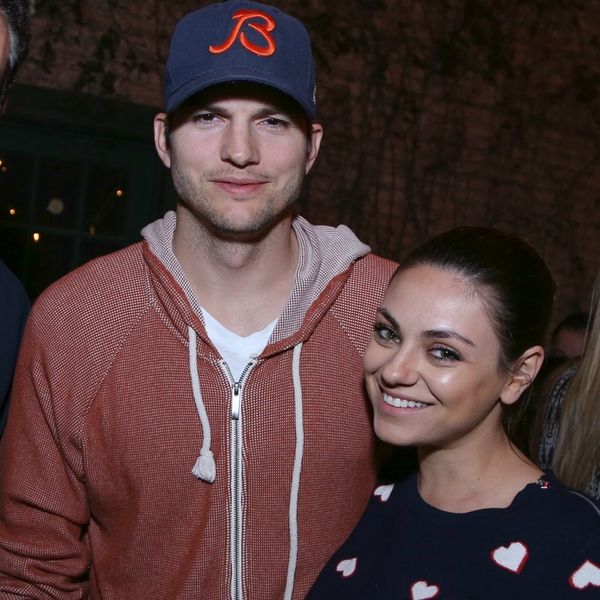 Ashton Kutcher and Mila Kunis, who welcomed a little boy to the world on November 30, now have a name for the son that will join sister Wyatt at home.

The big reveal was announced over on Ashton’s website, A Plus, which stated that while Ashton wanted to name the babe “Hawkeye” for his alma mater, Mila quickly put the kibosh on that one, opting instead for something a bit more… traditional (and in-line with the couple’s baby-name picking strategy).

“A Plus is happy to announce that Dimitri Portwood Kutcher was born at 1:21 am on November 30, weighing 8 pounds and 15 ounces,” the post read.

Meaning “Earth-lover,” it’s fitting for the pair, who often enjoys time outdoors enjoying rodeos and the like.

They also included a simple message to the public that’s very much in line with Blake Lively and Ryan Reynolds’ stance on parenting as a famous couple.

Rocking the phones for #rednoseday 9/8 central on NBC @rednosedayusa

“We’d like to allow our kids to make their own choices on whether to have a life in the public eye or not,” Ashton said. “We don’t want to make that choice for him.”

While we’re pretty sure that means we likely won’t be seeing too many pics of the little guy, we can relish in the fact that at least we know his name.

What do you think of the couple’s name? Tell us over @BritandCo!

Nicole Briese
Nicole is the weekend editor for Brit + Co who loves bringing you all the latest buzz. When she's not busy typing away into the wee hours, you can usually find her canoodling with her fur babies, rooting around in a bookstore, or rocking out at a concert of some sort (Guns N' Roses forever!). Check out all her latest musings and past work at nicolebjean.com.
Celebrity Baby
Celebrity News
Celebrity Baby Celebrity Baby Names
More From Celebrity News