Oops! Isla Fisher Got in Trouble for That “Wedding Crashers” Sequel Reveal 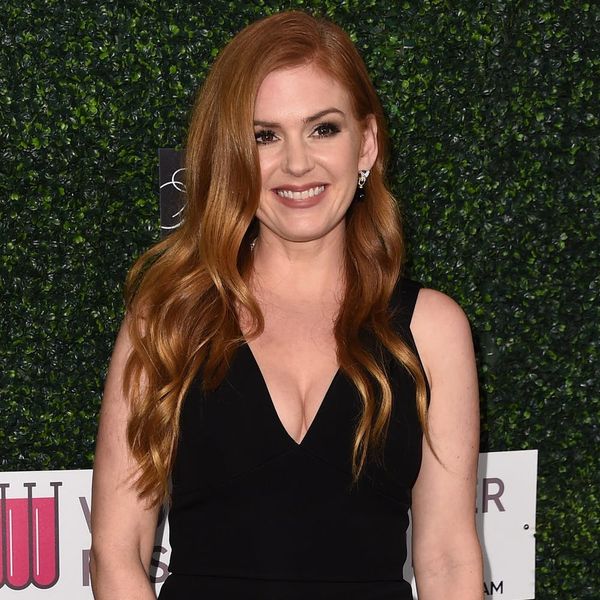 Isla Fisher has had some pretty awkward career-related experiences when it comes to people mistaking her for her Hollywood doppelganger Amy Adams. To clear things up, she’s the one in Wedding Crashers. And probably Wedding Crashers 2, although it turns out that she wasn’t supposed to spill that secret. Oops!

The actress announced last November that Vince Vaughn was working on a follow-up to the beloved comedy, which followed divorce mediators Jeremy (Vaughn) and John (Owen Wilson) on their quest to crash weddings to meet women. Fisher and Rachel McAdams played sisters who capture their attention for more than just a night, thus throwing a wrench into the guys’ plans.

“I bumped into Vince Vaughn at a party and he said that apparently we’re going to be making a sequel,” she revealed on the Today show last year. “So I’m really excited to see what happened to Gloria.”

Fans are excited too. One called in to Watch What Happens Live With Andy Cohen this week to ask about updates on the potential project, which prompted Fisher to admit that she actually got in trouble for revealing that a sequel is even on the table.

“You know, I got in so much trouble for mentioning that,” she said with a guilty grin. “I actually bumped into Vince at a party and he’d said something [about the sequel] in passing and I didn’t realize that it was top secret.”

She continued, “And then I announced it on a breakfast show and got a lot of phone calls — I’m going to get in trouble again, clearly. I’ve got poor impulse control.” Perhaps, but we’re not complaining!

She went on to share what she knows about the second movie, saying, “I definitely have heard there’s one in the pipeline. I haven’t seen anything yet, but, yeah, I’m pretty excited about it. I’d like to see where those characters are 10 years along.” We would too!

Would you like to see a Wedding Crashers sequel? Let us know @BritandCo!